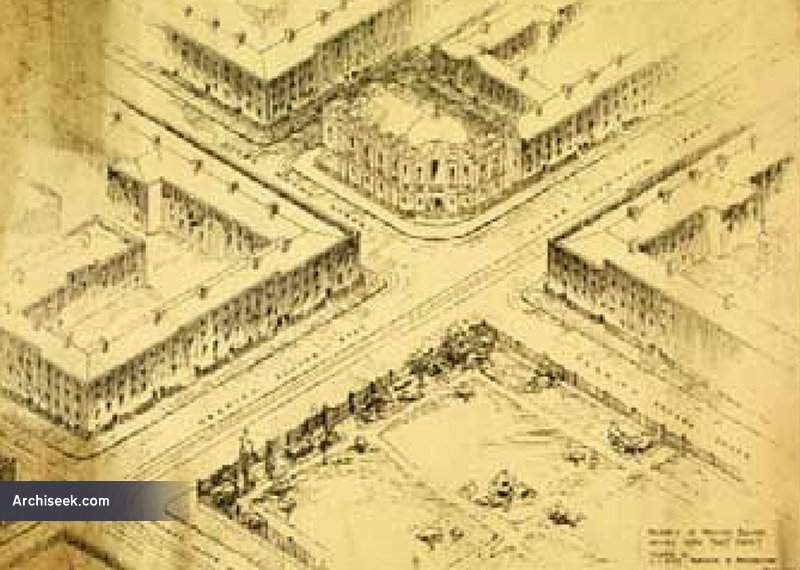 Unsuccessful entry for the National University’s proposed Headquarters at the corner of Merrion Square, Upper Mount Street and Fitzwilliam Street. The City Architect C.J. McCarthy was the assessor of the competition, and this design by Batchelor & Hicks, one of two submitted, was described in the Irish Builder, as “of monumental and expensive type, a fact which probably told against the higher placing of both designs.”