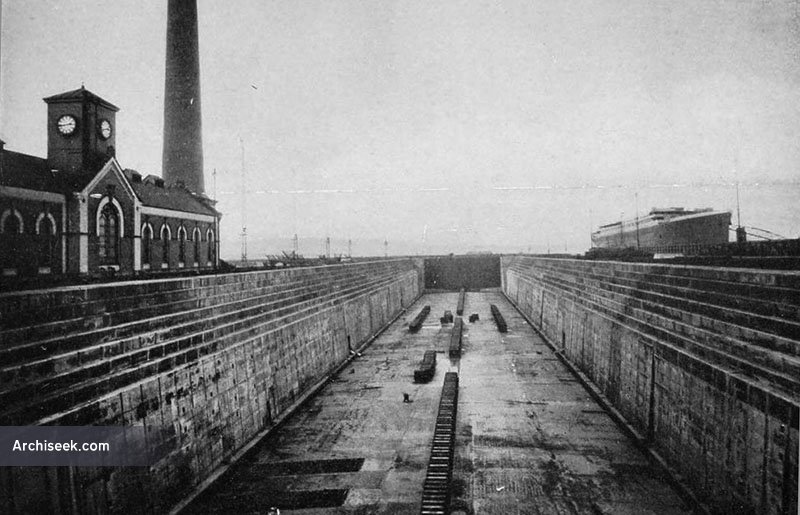 The dock was constructed by the Belfast Harbour Commissioners and opened in 1911. It was designed to accommodate the new White Star liners Olympic and Titanic. Massive in scale, over 850 feet long and almost 100 feet wide, it was first put to use when it received the Olympic on 1 Apr 1911. Described in The Shipbuilder at the time of construction as having “the distinction of being the largest graving dock in the world at the present time.” A graving dock is used for repair or construction to parts of ships normally underwater. Sometimes called a dry dock, the ship enters, a caisson is closed and the dock pumped dry.

The Thompson Dock itself is the footprint of Titanic and provides an amazing representation of the scale of the ship. The hull of the ship and her sister shops were built on slipways at the Harland & Wolff shipyard. Following their launch, each empty hull was moved to the dry-dock for interior fitting out, painting of the hull and fitting of the propellers.