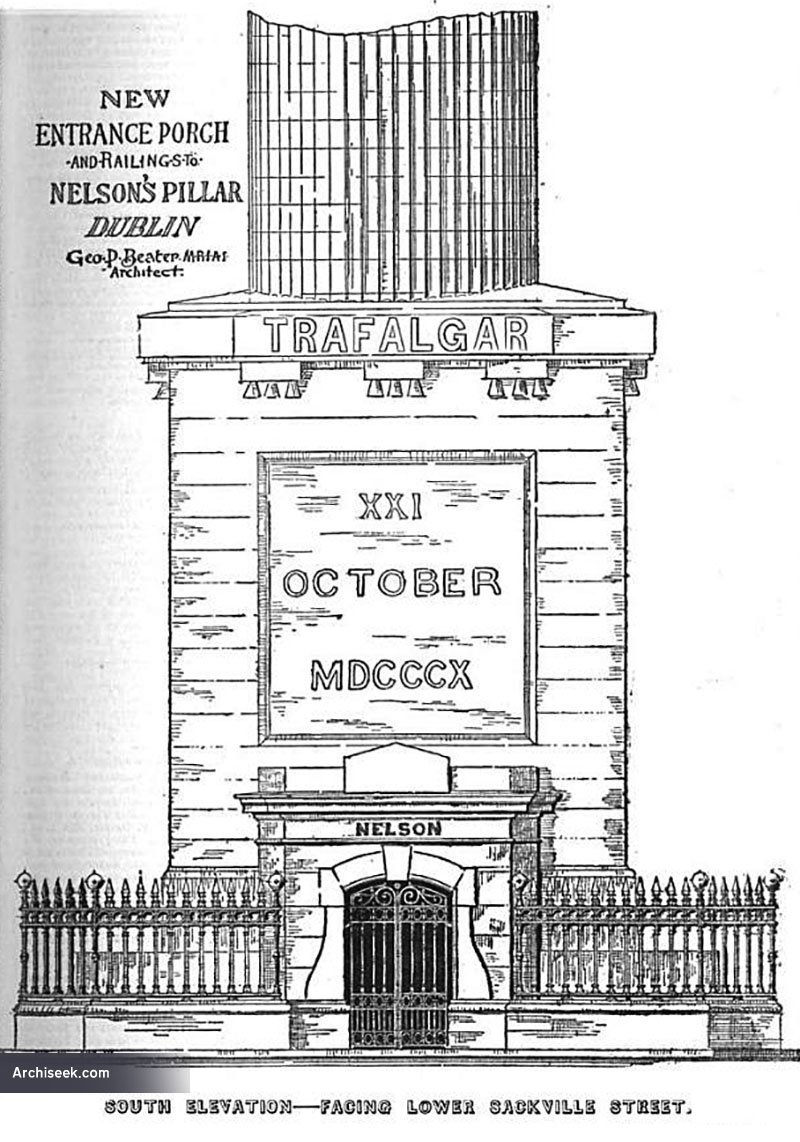 “The new entrance porch and enclosing railing (of which we give an illustration), have just been carried out for the trustees from designs by and under the superintendence of Mr George P Beater MRIAI, architect of this city. The railings are of a massive design, in harmony with the Monument, and add considerably to its appearance. The porch which however is the great feature in the improvements and which has the name of NELSON over the entrance is of chiselled granite lined internally with white enamelled brick. Its erection does away with the original and very objectionable approach to the stairs which are now reached directly from the street level. This porch which is bright and airy, gives ample accommodation for the registering turnstile, and also for the attendant. The inscriptions in incised letters on the pedestal of the monument, and also the name of NELSON have been gilt which is a great improvement. Mr. E. Moloney of 26 Hill street was contractor for the general works, Messrs. Kennan and Sons of Fishamble street for the railings and gates, and Mr. F. O’Hara of Aungier street for the steel shutter which closes the porch at back of the gates, all of this city.” Published in The Irish Builder, April 15 1894.