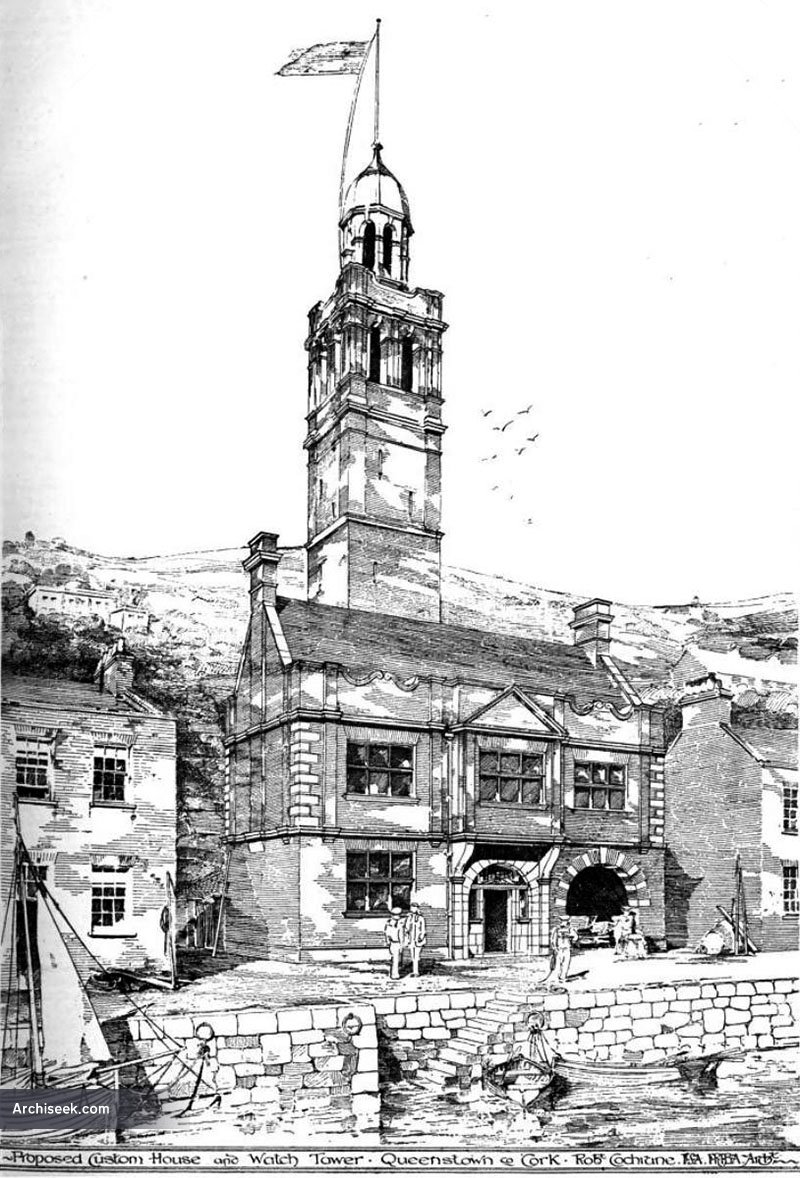 “Our illustration with this issue is that of the proposed Customs offices Queenstown County Cork, the original drawing of which was exhibited at the recent Exhibition of the Royal Hibernian Academy. The architect is Mr Robert Cochrane FSA FRIBA Surveyor Board of Works. It is contemplated to take down the existing buildings on Lynch’s quay at present used as a Custom House and to erect thereon new offices to contain accommodation for a staff of fifteen officials, having a public office on first floor with private office for the officer in charge of the station and sleeping rooms for the officers on night duty. The ground floor to have a large boat house with a boatmen’s room and apartments containing sleeping berths for the boatmen. A chief feature of the design which has been prepared to meet the views of HM Commissioners of Customs is a Watch Tower which is required to enable the Customs officers to obtain a view over Spike Island so as to command the entrance to the harbour. At present a ship may enter the harbour and anchor behind the Island without it being possible to sight her from the Custom House, and to obtain this view it is necessary that the floor of the proposed watch rooms should be at least 65 ft from the ground, and a tower of less height would be useless. Examining rooms for baggage &c for the Transatlantic traffic have already been provided for the Customs officials by the Great Southern and Western Railway at their new railway station alongside the deep water quay.” Published in The Irish Builder, June 15 1893.