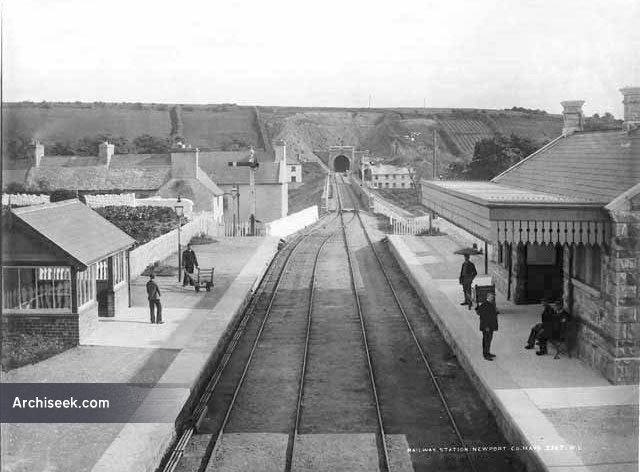 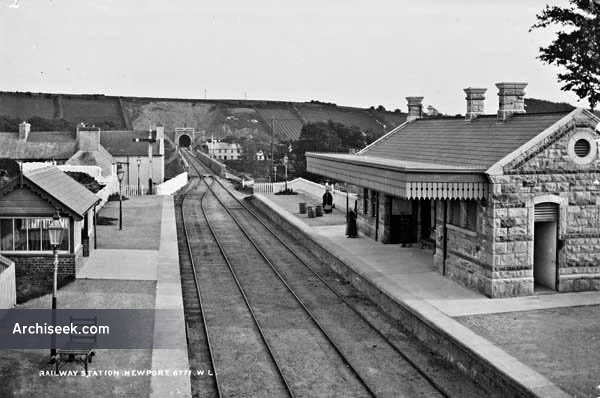 The first station on the Westport to Achill Sound extension was Newport which opened in February 1894, on completion of a nearby tunnel at the end of Newport Station. It was closed in September 1937. After some years of dereliction. the station building was adapted for new use, minus its chimneys and platform canopy.