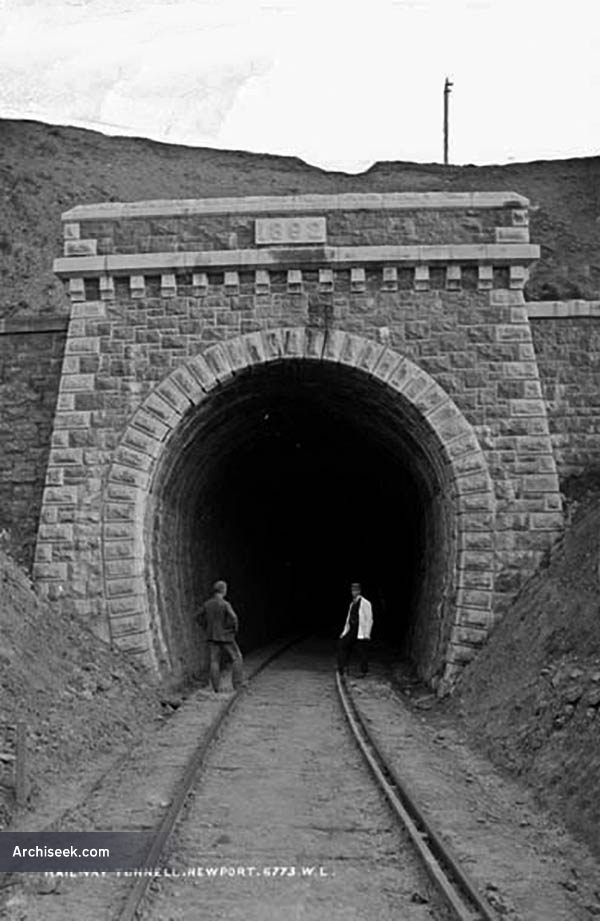 The Westport railway line was extended to Achill Sound in the 1890s. and this was one of the so-called ‘Balfour Lines’, called after Arthur J. Balfour, Chief Secretary for Ireland during the years 1887-91. Balfour had introduced the Act providing State assistance for the construction of lines to disadvantaged areas. The first station on this extension was Newport which opened in February 1894, on completion of a nearby tunnel at the end of Newport Station. It was closed in September 1937. While most of the line has been converted to Greenway, the tunnel remains closed.