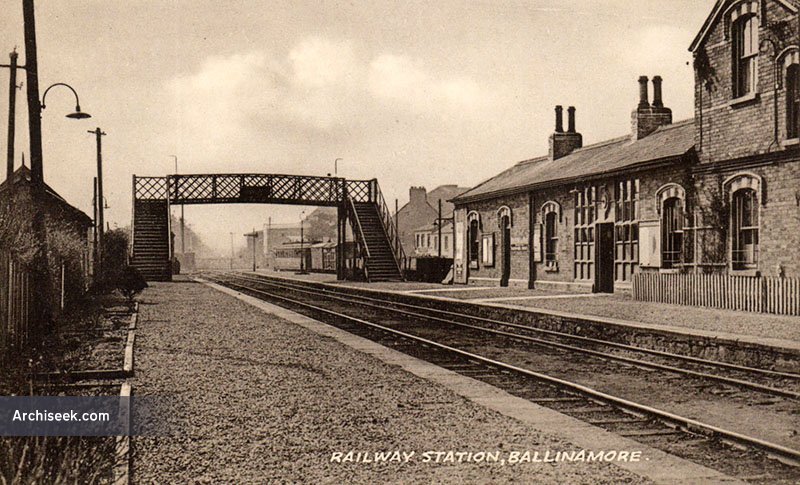 The Cavan and Leitrim Railway opened for goods traffic on 17 October 1887 and for passengers on 24 October 1887. The section from Belturbet in County Cavan to Dromod in County Leitrim was narrow-guage railway, and a tramway ran from Ballinamore to Arigna. Ballinamore was the hub of the line, with the locomotive depot and works. At Belturbet the line connected with the Great Northern Railway branch to Ballyhaise on the Clones to Cavan line, and at Dromod connected to the Midland Great Western Railway mainline from Dublin to Sligo. The buildings at Ballinamore and Dromod are visually similar.

In 1925, the company was amalgamated into the Great Southern Railways. By the 1930s the Cavan and Leitrim Railway was in trouble due to road competition. The line finally closed on 31 March 1959, the last exclusively steam narrow-gauge line in Ireland. The station building still stands but the locomotive depot and works were demolished.