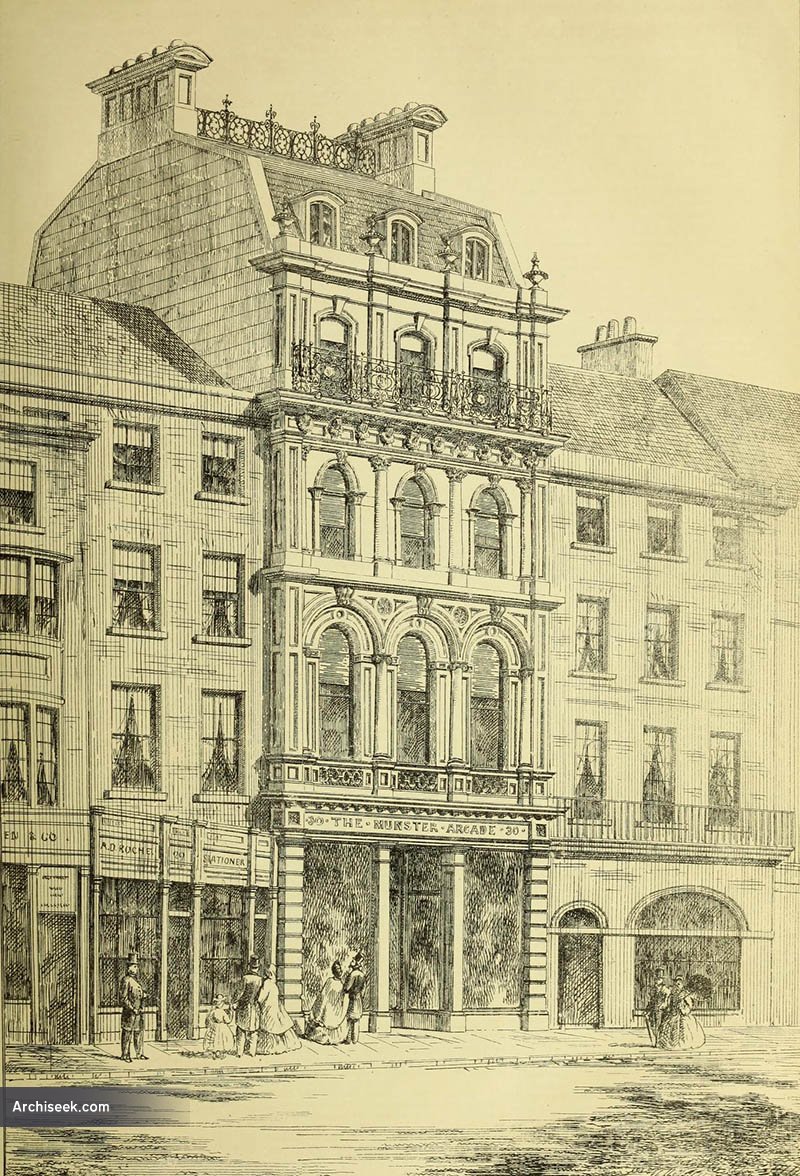 The Munster Arcade was one of the principal department stores in Cork. Based on St. Patrick’s Street, it traded until the 1970s. On the upper floors can be seen the initials and names of Robertson, Ledlie, Ferguson and Company, proprietors of the Munster Arcade. This building by William Fogerty was destroyed in the burning of Cork.

“We give with this number an illustration of a building recently completed in Cork, for Messrs. Robertson, Ledlie, Ferguson and Company, drapers, who have been for a long time proprietors of similar establishments in Belfast and Waterford, and who have recently extended their operations to Cork. The whole extent of the premises is much greater than what would appear from the drawing, the total depth being 150 feet, by a maximum width of 70 feet, the frontage being but 25 feet. The front, to a depth of about 35 feet, is a new building, the rest of the premises having been altered and fitted up to suit the requirements of the business. The design of the front has been made with a view to future extension, in case of one or more of the adjoining houses being taken by the firm. Mr. William Fogerty, of Dublin, is the architect ; and Mr. Daniel O’Callaghan, of Killarney, the contractor.” Published in The Dublin Builder, April 16 1866.33