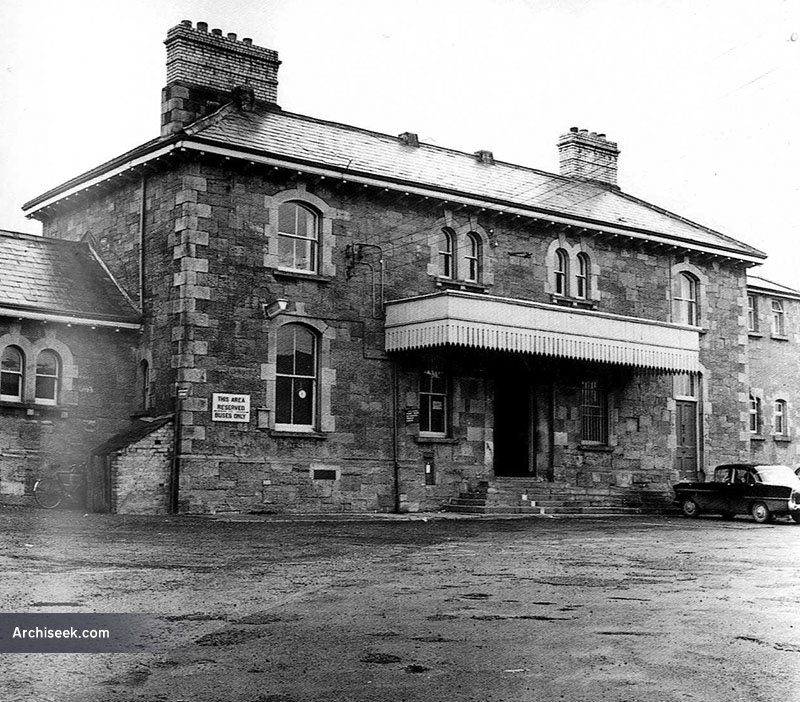 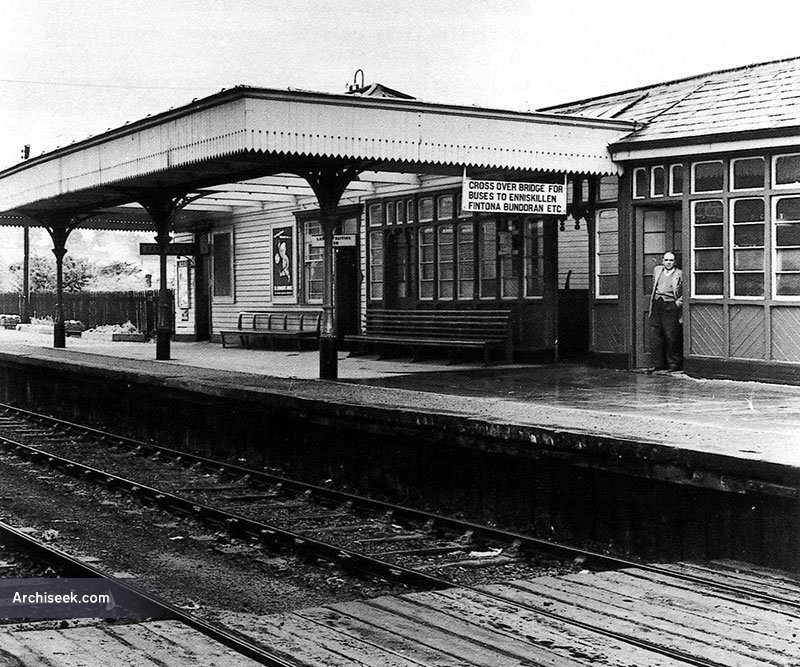 Constructed by the Irish North Western Railway in 1862-63, and later extended by the Great Northern Railway which took over the INWR in 1883. The canopies and down platform were added by the GNR in their house style. The railways abandoned Omagh in the late 1950s and the station and goods building were all demolished. Their route is now a bypass for the town.