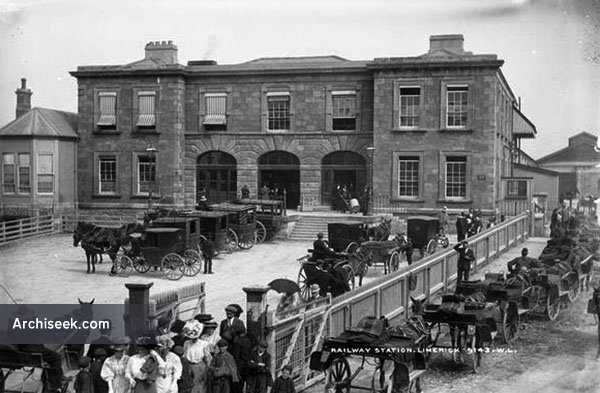 Opened on the 28th of August 1858 replacing an earlier, temporary station some 500m further east, which had operated from 9th of May 1848. Designed by English architect Sancton Wood (1815-1886), who also designed the former Kilkenny station, Heuston Station in Dublin, and stations in Portlaoise and Thurles.

The station building is a seven-bay, two-storey over partially concealed basement; and faced with fine carved limestone detailing in a restrained Classical style. The terminus building consists of a two-bay, two-storey breakfront ends which flank an arcaded entrance front which is reached by a series of steps. In 1966 it was named after Cornelius Colbert, the County Limerick man executed following the Easter Rising.