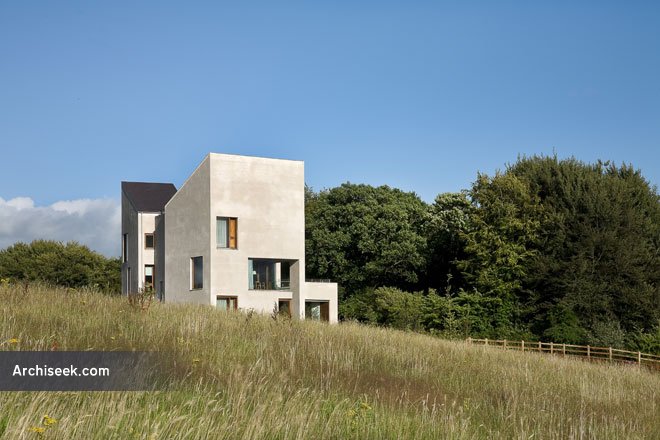 Built as a residence for the president of the university, the building attracted much controversy due to the University’s level of debt and cutbacks in public spending. The building was, however, funded by philanthropic donations. As there is a formal house at the centre of the campus, Plassey House a 19th century country house, it was felt that the residence should be more domestic and rooted in the Irish domestic vernacular.