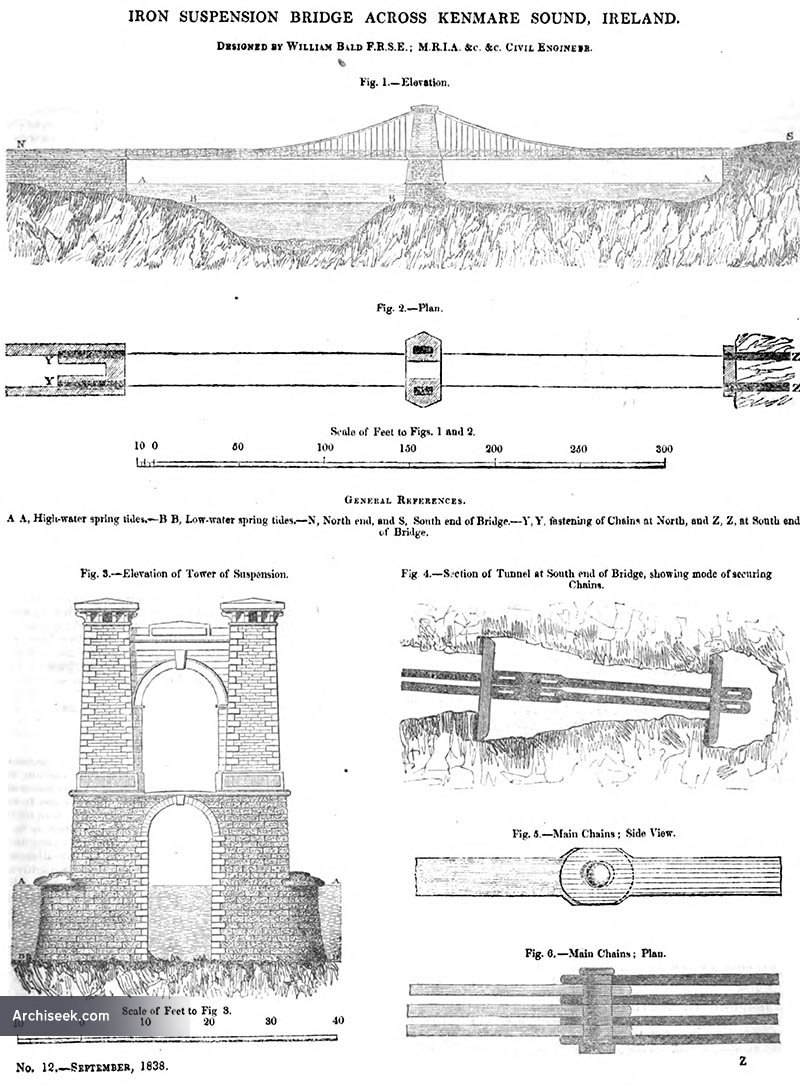 Located across Kenmare Sound, and replacing a ferry service, the construction of the bridge took approximately one year and was completed in 1841. Ireland’s first suspension bridge, the total cost was £7,280 of which the Marquis of Lansdowne contributed £3,200. The central tower, designed by a Mr. Barry of the Board of Works, was thirty-six feet long by twenty-one feet wide at the base and ten feet by seven feet at the top on each side of the roadway arch. The roadway was eighteen feet wide and narrowed at the archway through the tower to twelve feet. The original decking was of timber but this was replaced in 1861 with wrought iron plates.

The effects of heavy traffic damaged the bridge over time. A number of the cross girders became distorted and this caused the lowering of the road level in several places. These depressions were periodically filled and by the time of its demolition in 1932 nearly 18 inches of stone had been placed on top of the buckle plates at the south end of the bridge. Under traffic, the bridge deck sagged and rose in an alarming manner and gave the impression of being in danger of imminent collapse. Early in 1932 the bridge was declared unsafe and closed to traffic, and demolition followed.