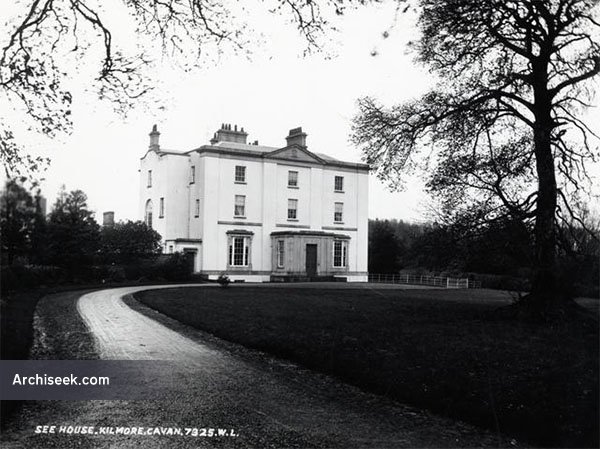 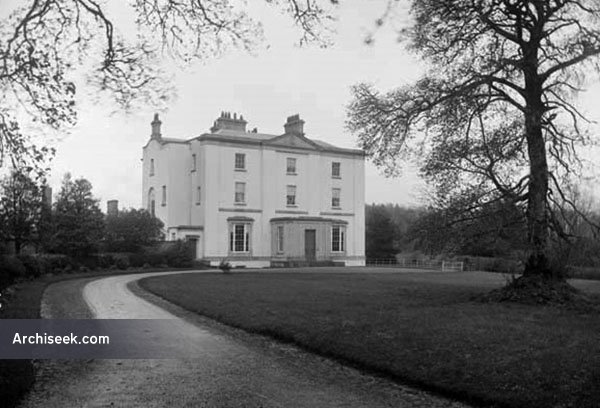 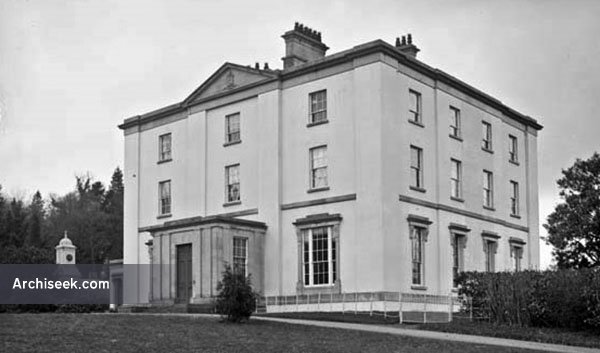 Described in the late 1830s: “The new palace is built in the Grecian Doric style and covered with Roman cement. It appears too lofty, and in other respects is not well proportioned. The drive from the public road is badly managed, being tortured into short curves, for which the character of the ground is not fitted.” The rear elevation has pilasters flanking a wider east bay, and a shallow bow of three central bays. Now sits empty after a more manageable house was constructed closer to the cathedral.