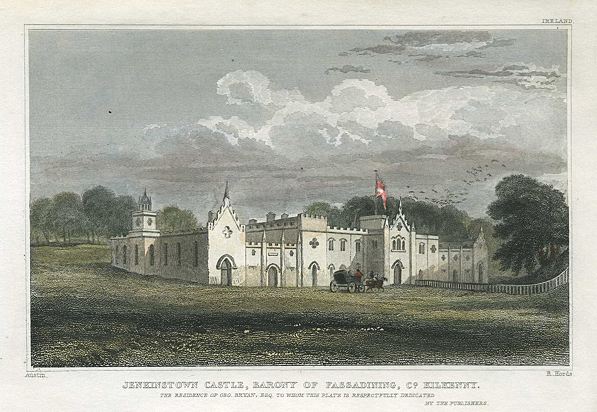 Illustrated as designed and built by William Robertson, the domestic wing developed structural problems and soon had to be rebuilt. Rebuilt by Charles Frederick Anderson, it too had problems, partially collapsing, and probably led to the architect’s departure for the United States in 1849. Elizabeth Mandeville, the disgruntled wife of one of his clients, is said to have claimed that he fled after a very high tower which he had designed for another castellated house collapsed. This has been presumed to be at Jenkinstown. A a modest-scale house was reconstructed in a complimentary style reusing materials salvaged from these earlier ranges. This still exists connected to the private chapel – the lefthand range in illustration.