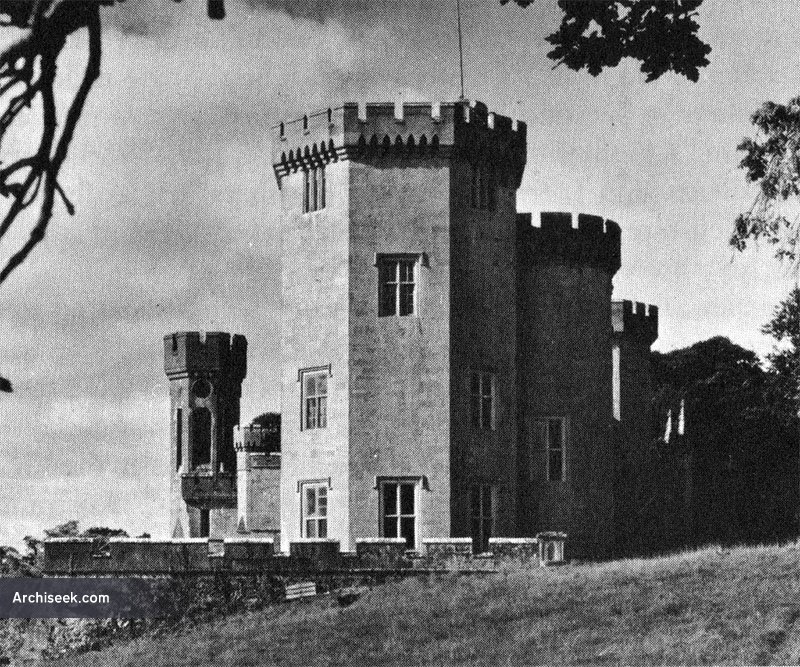 When the Gort estate was inherited by Colonel Vereker, later Viscount Gort, in 1797, he decided to employ the world renowned architect John Nash to design the Gothic Style building known as Lough Cutra Castle. Colonel Vereker had visited Nash’s East Cowes Castle on the Isle of Wight and commissioned the construction of a similar building on the shore of Lough Cutra. Constructed between 1811 and 1817, the building of the castle was overseen by James and George Pain. The cost of the building was estimated at 80,000 pounds.

Viscount Gort was forced to sell the Castle and Estate in the Late 1840s having bankrupted himself as a result of creating famine relief. The Estate was purchased by General Sir William Gough an eminent British General. The Gough’s set about refurbishing the Castle to their own taste and undertook further construction work adding large extensions to the original building, including a clock tower and servant quarters.

A further extension, known as the Library Wing, a 3-storey bayed addition on the northwest front, was built at the end of the nineteenth century to house the war spoils of General Sir William Gough. Constructed to designs by George C. Ashlin, the wing was demolished in the 1950s.