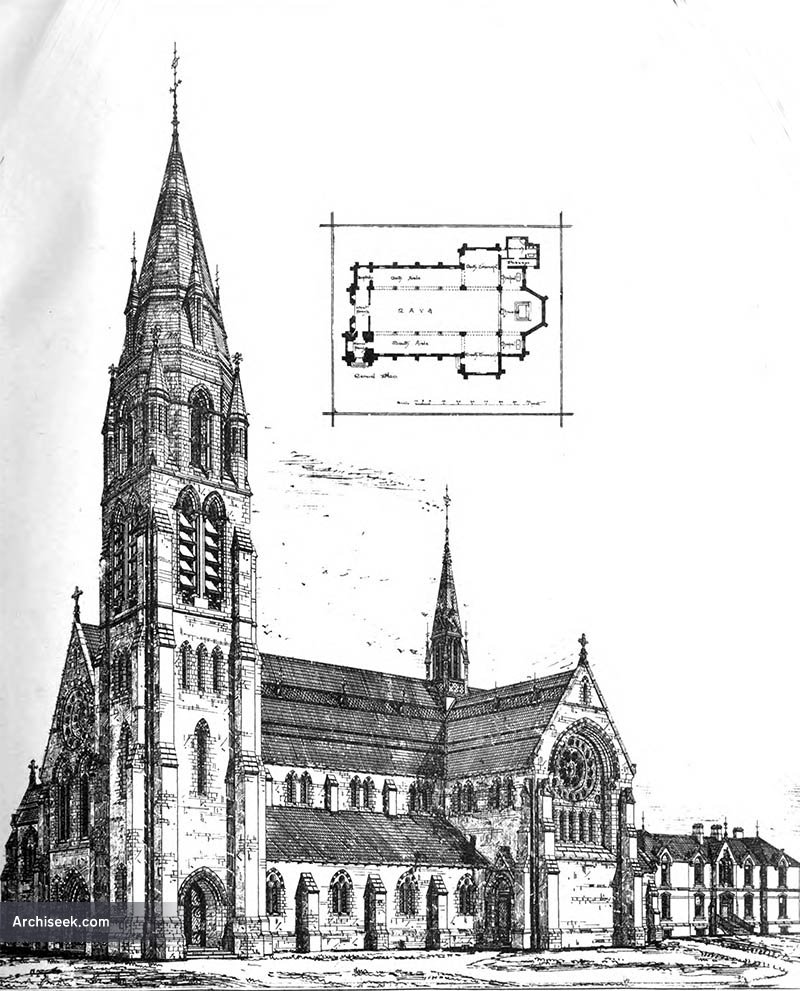 This Roman Catholic church took some time to be completed – the foundation stone was laid 28 Aug 1872 by Archbishop MacHale. It was described as being in an advanced state of progress by late 1874 but the tower and spire were not addedd until 1898. Later internal work including pulpit, reredos & confessionals by Doolin & Butler in 1904, with substantial interior decoration by Butler between the years of 1907-15.