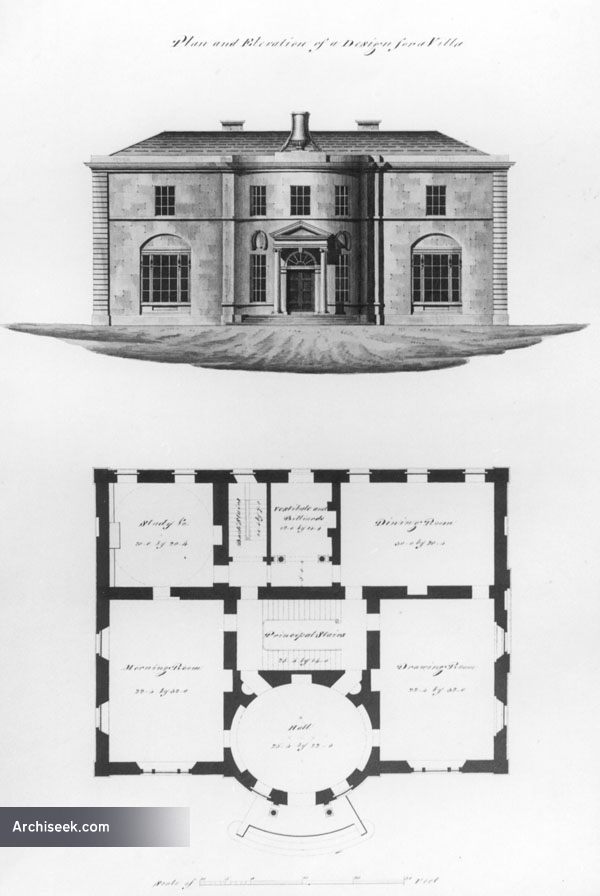 “In his exteriors he imitated mediaeval castles and abbeys, or preferably Tudor mansions, and sometimes combined the two. His interiors were richly decorated with ornamental carvings, the walls were wainscoted in oak, tracery windows were filled with stained glass, and ceilings ornamented with carved beams and gilt pendants. The halls were large and in the baronial style; musician’s galleries were often added. One of the most noteworthy of Morrison’s creations was Castle Gar, possessed by the Mahon family.” 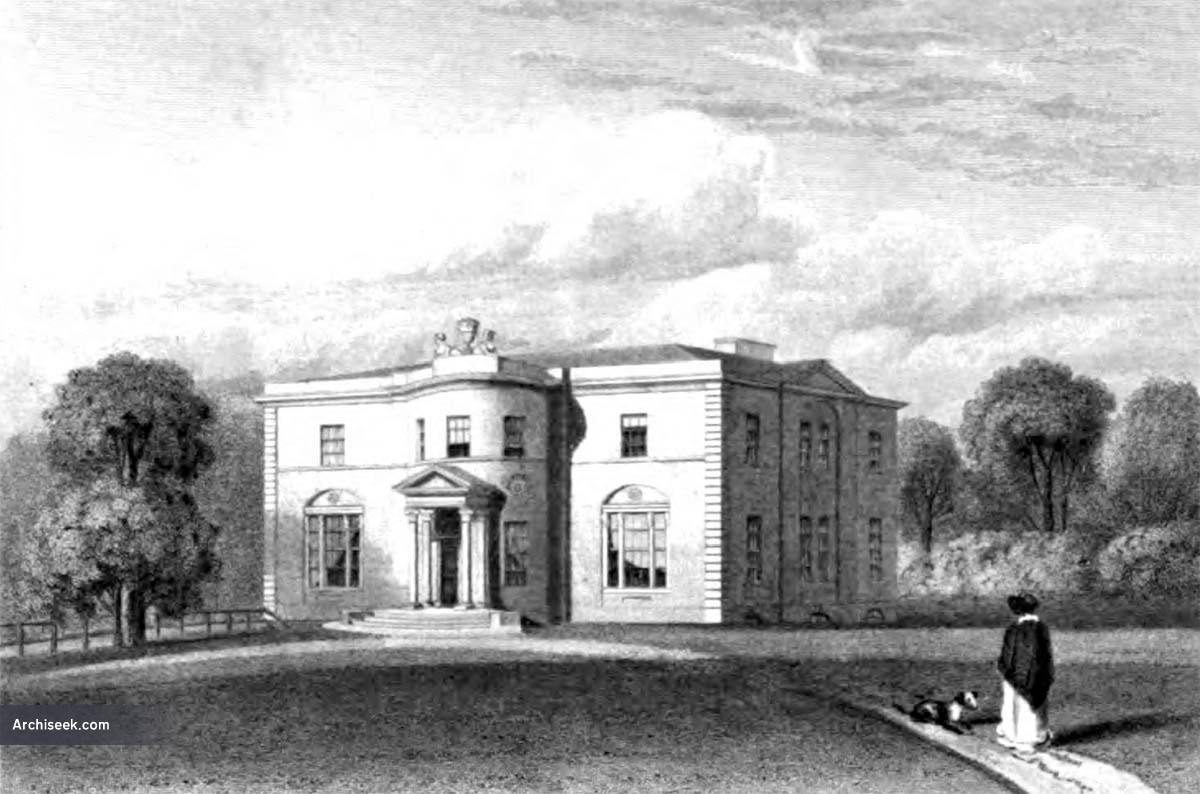 From; J.P. Neale, Views of the seats of Noblemen and Gentlemen in England, Wales, Scotland, and Ireland, vol.III, London, 1823
“Castlegar is situated at a distance of about six miles from the Town of Ballinasloe, and one from Ahaseragh. It has been for many years the residence of a branch of the Mahon family; but until it came into the possession of the present proprietor, very little was done towards its embellishment. The natural character of the Grounds does not display any features particularly bold or striking: their undulating forms, however, are very pleasing; and exhibit, on the whole, a fine of example park scenery. The Plantations are of considerable extent, and executed with great judgement; and indeed all the improvements of the Grounds are very highly creditable to the taste of the proprietor. The House, which was very commodious, was pulled down about ten years back, and the present Edifice erected on its site, from the plans, and under the direction of Mr. Morrison. There has been no attempt at architectural display in its external form; but it is much admired for simplicity of design, and justness of proportions. Its interior arrangement is, however, highly commodious and elegant. The entrance is from the north, through a Hall which is decorated with Doric columns; and the principal floor contains a Library, 31 feet by 20 feet; an oval Saloon, of 28 feet by 24, the Ceiling of which is supported by Corinthian columns. A Drawing Room, 32 feet by 22, connected with the Library and Saloon ; and a Dining Parlour also connected with the Saloon, of 32 feet by 22 ; with the Breakfast Parlour; and the principal Staircase which is executed in Portland stone, and is particularly admired; it is placed in the centre of the House, betwixt the Hall and Saloon, and is lighted from a Dome of very tasteful construction, having Galleries opening from it on either side, separated by screens of Scagliola columns, in imitation of Sienna marble. The design is at once simple and elegant, which, as well as the whole of the interior arrangements, reflects very great praise on the classical taste of the architect employed.”