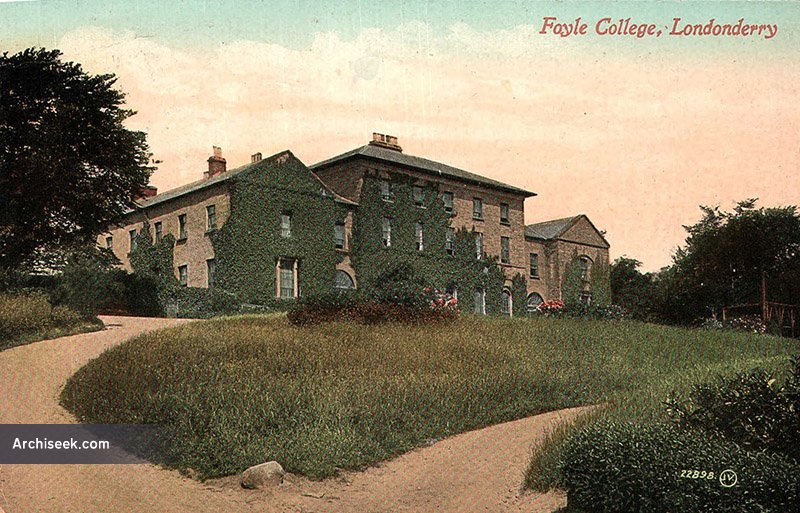 Foyle College traces its origins to 1617 and the establishment of the Free Grammar School at Society Street within the city walls of Derry by Mathias Springham of the Merchant Taylors’ Company of London. The old school within the city walls eventually outlived its usefulness, and in 1814 came the move to the newly erected and well-proportioned Georgian building set on a height above the Strand outside the city walls, designed by the architect, John Bowden. The school took the name ‘Foyle College’ in 1814.

As the school grew, it was decided in the mid 20th century to develop a new site. The former college building is now known as the Foyle Arts Centre building at the University of Ulster.