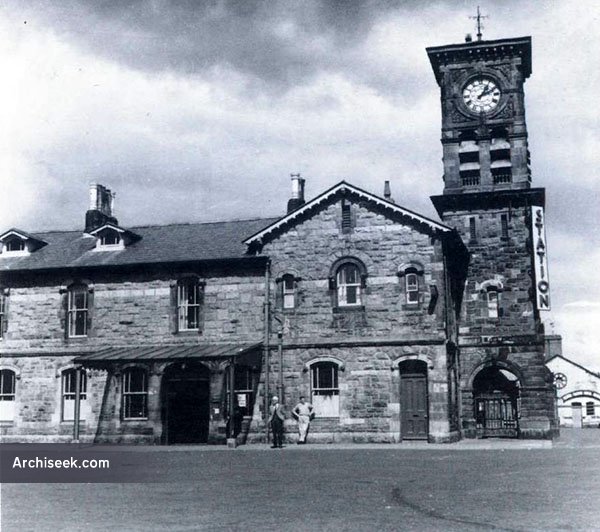 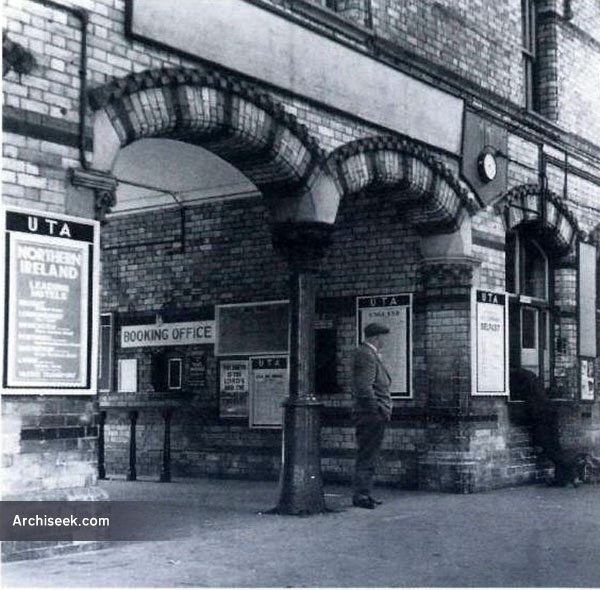 The Belfast & Northern Counties Railway commissioned an impressive dressed sandstone structure with Italianate tower, which opened in 1875. In addition to the usual train shed, waiting, booking and refreshment facilities, this building also contained living accommodation, which was used until 1975.

The station was bombed in 1972, when the refreshment rooms were destroyed, and again on 22 September 1975 which obliterated the entire centre section. The demolished section was replaced with a glazed wall. Northern Ireland Railways closed the station in early 1980. The station and the platform shed to the rear still stand today.