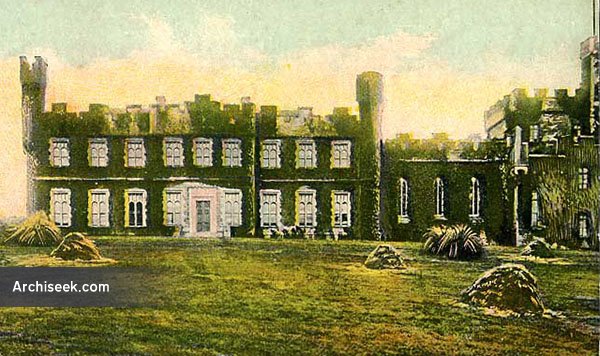 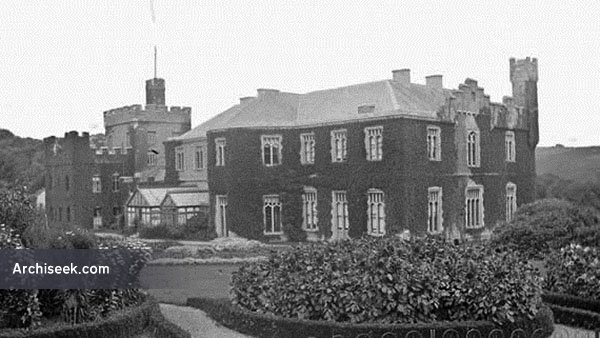 In 1788 Francis Bernard, the 1st Earl of Bandon demolished much of the old O’Mahony castle that previously stood on this site, and built a castellated mansion. It was of two storeys with a nine-bay entrance front overlooking the River Bandon; and a garden front of three bays on either side of a deep curved central bow. It was altered and enlarged in Gothic style in the mid-19th century. Now ruined, after being destroyed by arson on 21 June 1921.