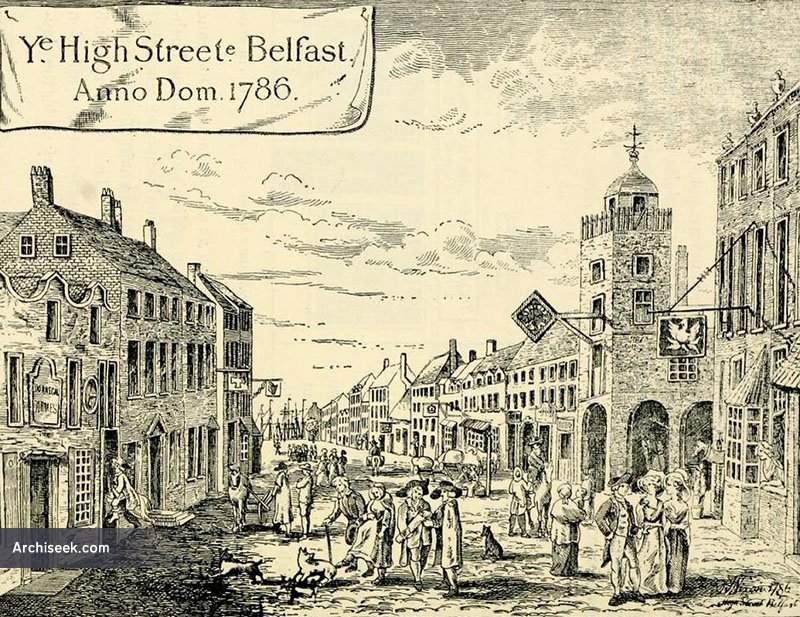 Belfast’s first market house of 1665 was located at the corner of High Street next to Cornmarket. According to an 1823 published history of Belfast, “In 1665 the inhabitants of Malone Falls Dunmurry and part of the parish of Coole were on account of their contributions towards erecting a court house and market house here exempted from the tolls and customs usually paid at the gates of Belfast. This market house was situated at the corner of High Street next Corn Market.” 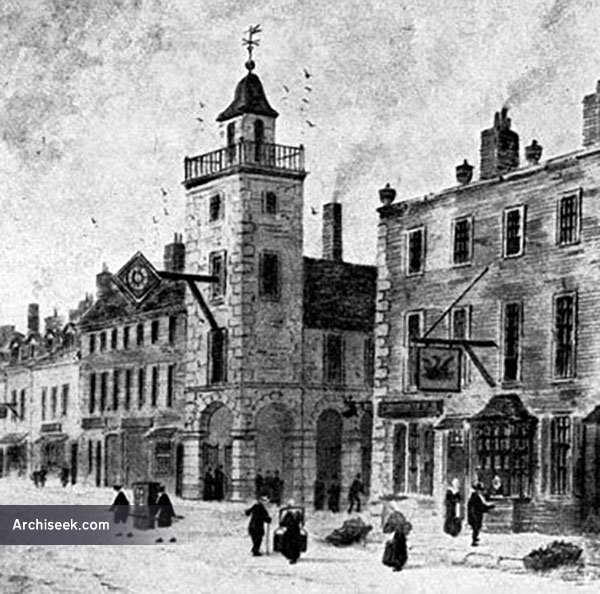 Described as “The 17th century Market House was built in 1639 of “small red bricks” with sandstone dressings, and extended to provide a proper courthouse on the first floor after 1663. This was the first public hall in the town. It had an arcaded ground floor and three-stage tower with ogival-roofed turret and weathercock, and a hanging clock.”

Replaced by a second market house, known as the Exchange. The Exchange was eventually refaced and converted to a bank by Sir Charles Lanyon in 1845. The original markethouse was demolished about 1810. The site is now occupied by the Art Deco building that formerly contained F.W. Woolworth and Burtons.