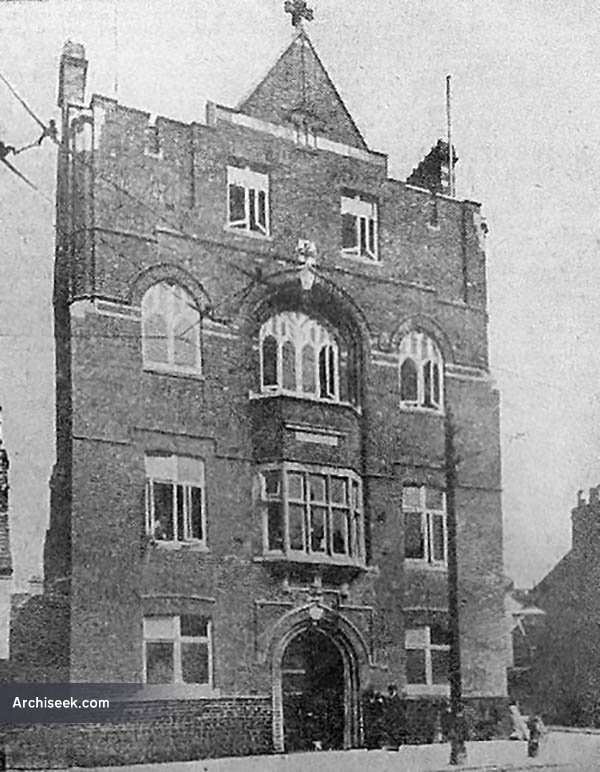 From The Irish Builder: “This hall, the’ foundation-stone of which was laid by William Johnston, Esq., M.P., about twelve months ago, was finished on the 1st of June last. It is a neat brick structure, situated at the upper extremity of Sandyrow, and is fitted up with every accommodation for both the public and private meetings of the brethren. In addition to a large hall situated on the first floor, which is well adapted for lectures, soirees, and other public meetings, there are eight minor rooms, which can be used for private meetings and readingrooms. The cost of the building was about £430, and the work is executed in a manner creditable to the builder, Mr. Smith.”