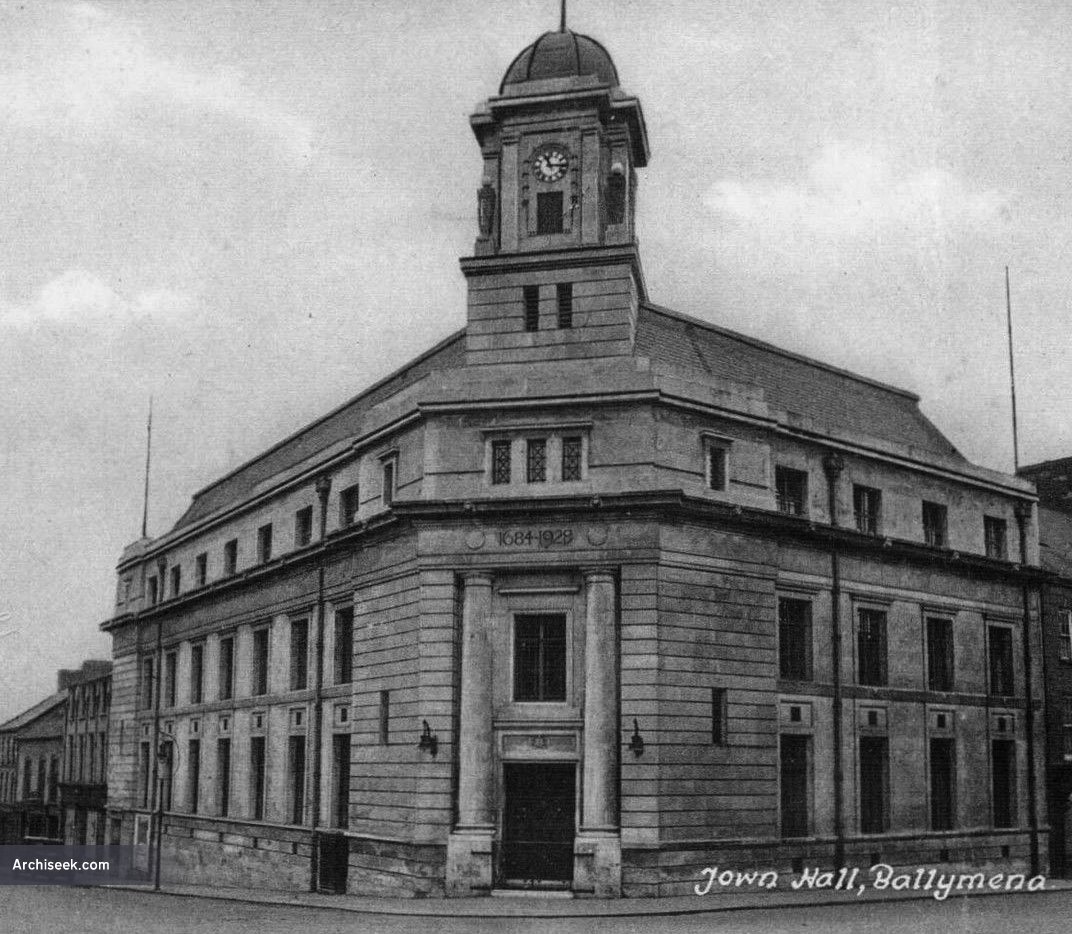 Jones & Kelly were chosen as a result of an architectural competition held in 1920. The site chosen was the location of the town’s markethouse. A Market House was built there in 1684 and traded for over a century until it was gutted by fire during the 1789 Rebellion. By the mid 1800’s the towns market had relocated, making way for Ballymena’s first Town Hall which was built on the site, only to fall victim to fire 60 years later. The foundation stone was laid in 1924, with the building opening in 1928. In recent years, the building has been restored, and extended as a combined museum and arts centre, called the Braid.