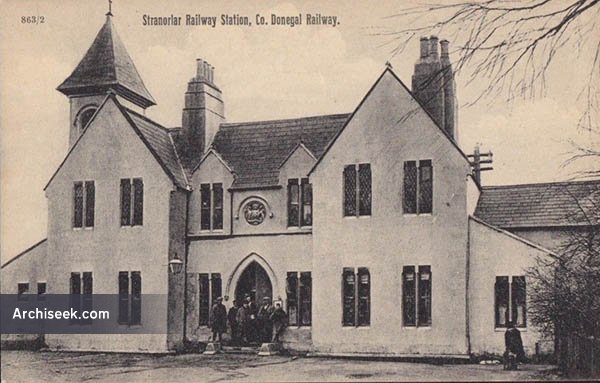 The station opened on 3 September 1863 on the Finn Valley Railway line from Glenties to Stranorlar. Stranorlar became the headquarters of the successor company, the Donegal Railway Company which converted the railway into a narrow gauge system in 1894. It later added lines to Donegal town, and Derry City. In 1906 the company was obtained by the Great Northern Railway of Ireland and the Midland Railway Northern Counties Committee which set up a new company, the County Donegal Railways Joint Committee. Closed in 1960, the station has since been demolished.