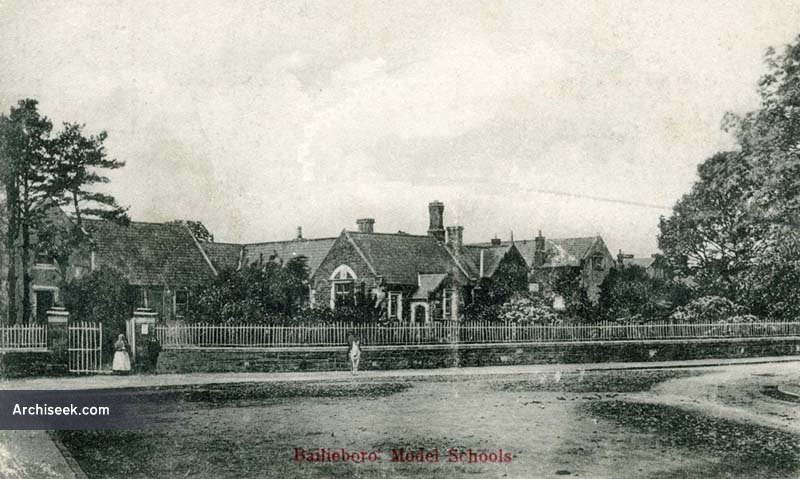 The Model Schools were erected between 1848 and 1850, the costs of which was funded by Sir John Young, later Lord Lisgar. Divided into separate boys and girls schools with no distinction of class or creed.

This lasted until 1885 when the Catholic pupils withdrew and subsequently attended a new school. Designed in a Tudor Revival style, it was extended later in the century using the same architectural idiom.