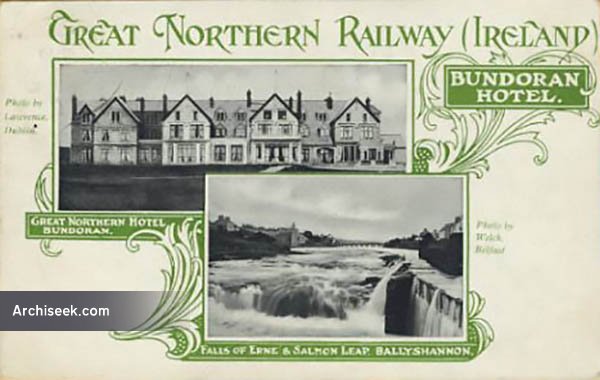 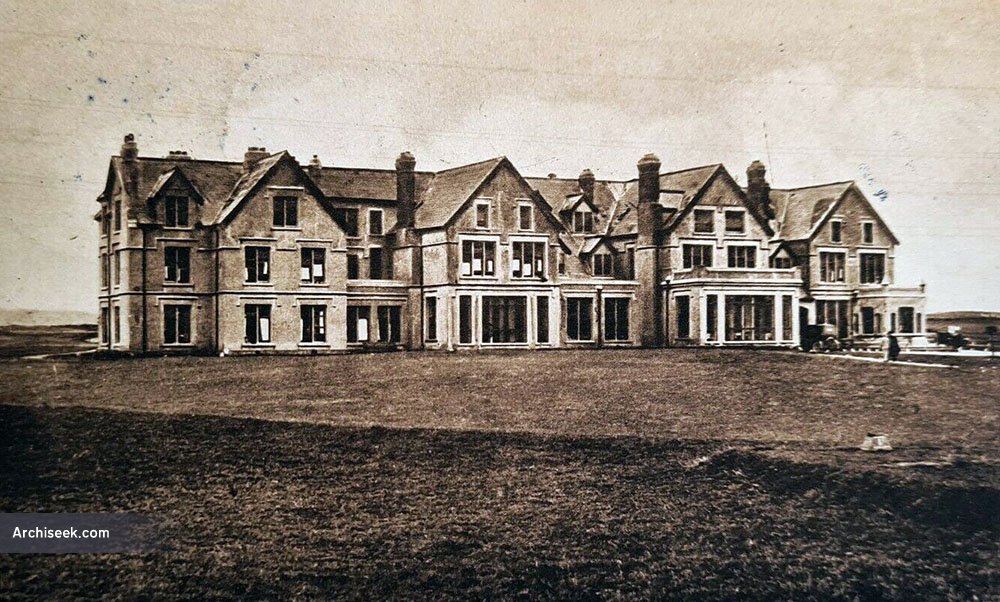 The opening of the Enniskillen and Bundoran Railway (E&BR) in 1868 connected Bundoran with Ireland’s growing railway network and made the town more accessible from Belfast, and Dublin. The Great Northern Railway operated the line from 1876 and absorbed the company in 1896. By the end of the 19th century it had become one of the main seaside resorts in Ulster. Hotels and lodging houses were opened around the town and the GNR built the Great Northern Hotel, one of Bundoran’s best-known landmarks. 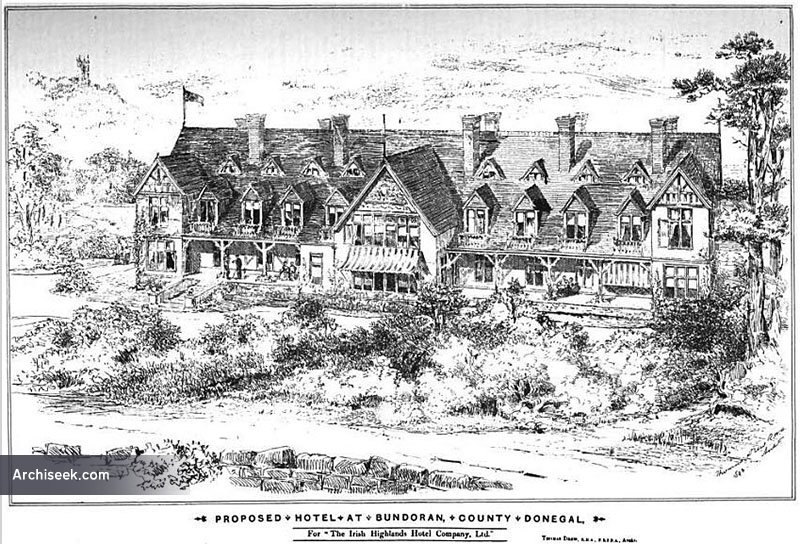 “THE prospectus of a Hotel Building Company called the Irish Highlands Hotel Company Limited appeared on the 20th ult. The promoter is Mr W.J.A. Fox and the Great Northern Railway Directors are among the principal shareholders. A large hotel has been contracted for at Bundoran and sufficient share capital to build it privately, subscribed for before issuing a limited number of shares to the public. Mr. Thomas Drew RHA FRIBA is architect to the company, and the type of buildings which he has designed for it are of an ingenious and novel character and exceedingly economical, the cost being no greater than that of wooden hotels which have been at one time proposed but are unsuitable to Irish climate. The walling is to he entirely of concrete. The illustration exhibits the typical design of hotel which the company proposes to erect in various places but varied to suit differences of site and local circumstancos.” The Irish Builder, February 1 1894.