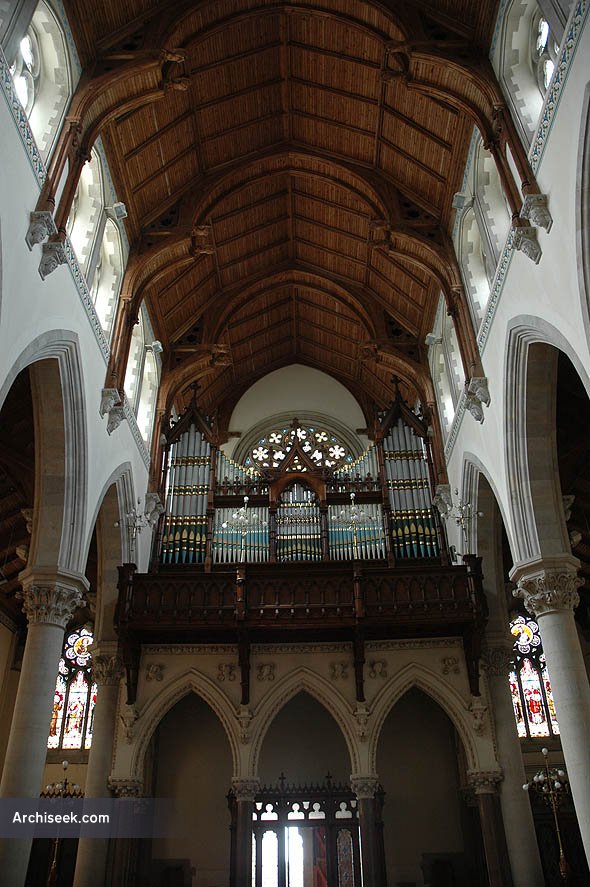 This one-day symposium in Freemasons’ Hall, on Saturday, 22 November, celebrates the work and reviews the objectives of the Buildings of Ireland series in recording the architecture of our island – old and new; urban and rural; from landmark buildings to hidden gems.

Directly modelled on Sir Nikolaus Pevsner’s original Buildings of England series, four volumes have been published to date by Yale University Press. The series commenced with North West Ulster, written by Alistair Rowan, (1979) and covers the four counties of Derry, Donegal, Fermanagh and Tyrone. This was followed by North Leinster, written jointly by Rowan and Christine Casey (1991); Dublin, the historic city between the canals, by Christine Casey (2005); and the most recent, South Ulster, Armagh, Cavan and Monaghan, by Kevin Mulligan (2013).

The series continues apace with the forthcoming publication Cork City and County by Frank Keohane, due in mid-2015; and with Central Leinster, Kildare, Laois and Offaly, by Andrew Tierney expected in mid-2016. Nine further volumes are planned to take this ambitious project to completion.

Each volume includes a detailed introduction on the architectural development of the area, followed by a topographical gazetteer giving an account of every important structure – churches, castles, public and commercial buildings, country houses, towns and villages and contemporary architecture – in each of the counties covered.

The authors of the published and in-progress volumes will share their experiences. In addition, the relevance of the series as an indispensable reference tool for conservation professionals, planning officials, tourism representatives and anyone with an interest in our built heritage will be explored by a panel of national and international experts. Appropriately, the event takes place in the unique surroundings of Dublin’s Freemason’s Hall and will include a guided tour of this wonderful building.