From Classical to Curious 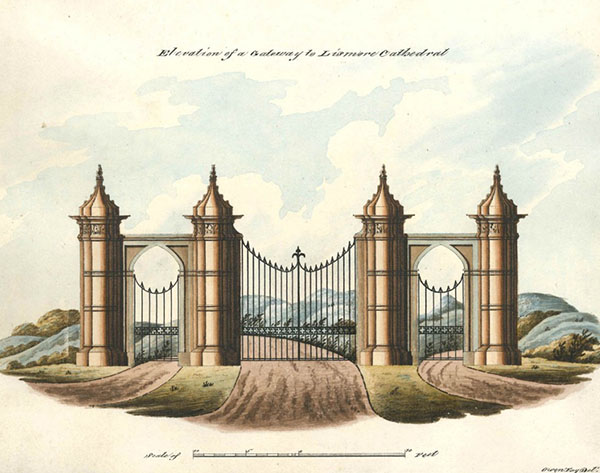 The Guinness Collection was assembled by the Hon. Desmond Guinness and his first wife, the late Mariga Guinness, in the 1960s. The core of the collection relates to architectural projects undertaken in the mid- to late-eighteenth century by various members of the FitzGerald family, Earls of Kildare and later Dukes of Leinster. Included are works by Isaac Ware, Thomas Ivory and Thomas Owen. Particularly noteworthy are the original drawings by Richard Castle for Leinster House in Dublin. Castle’s elevations for Leinster House in particular demonstrate the high Neo-Palladian classical refinement demanded from the architect by his exacting client, James FitzGerald twentieth Earl of Kildare and later first Duke of Leinster.

The Guinness Collection remains one of the most important bodies of architectural drawings relating to Ireland. It was acquired from Desmond Guinness by the Irish Architectural Archive in 1996 through the generosity of the Bank of Ireland Group and with the help of the Department of Arts, Heritage and the Gaeltacht.