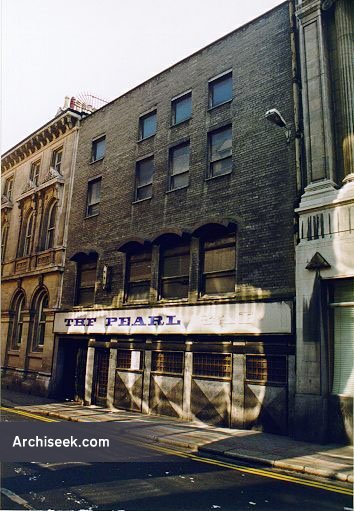 Possibly built to designs of architect and sculptor Gary Trimble. Also believed that Signa, an Irish design group led by Michael Scott may have had some input into the facade. The Pearl was closed in the early 1970s after it and many of the buildings around it was acquired by AIB who were keen to construct a new headquarters building here. They eventually decided to move to Ballsbridge, and the buildings remained empty for many years until the site was redeveloped as a Westin Hotel.