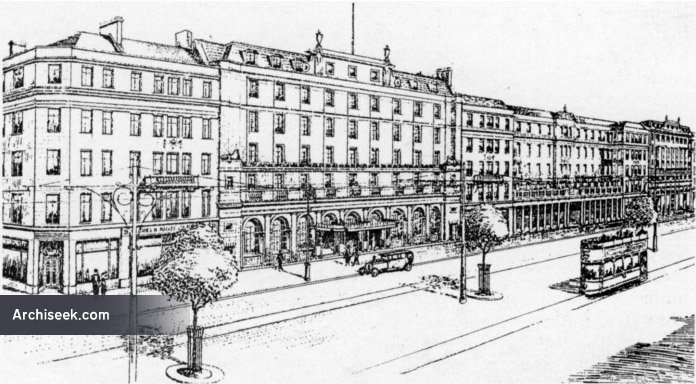 The rebuilding of Lower Sackville Street was almost complete after the destruction of 1916 when civil war broke out in 1922. The north-eastern side of the street, from Cathedral Street to Parnell Square, was destroyed in the fighting similar to how the 1916 rebellion had left its lower end. This sketch by City Architect, Horace T. O’Rourke, shows the overall vision for the streetscape, with city-mandated parapet lines and materials, with the individual building designed by various architects. The design for the Gresham shown is largely as built, with the remainder of the block including the Hammam Building still quite speculative.