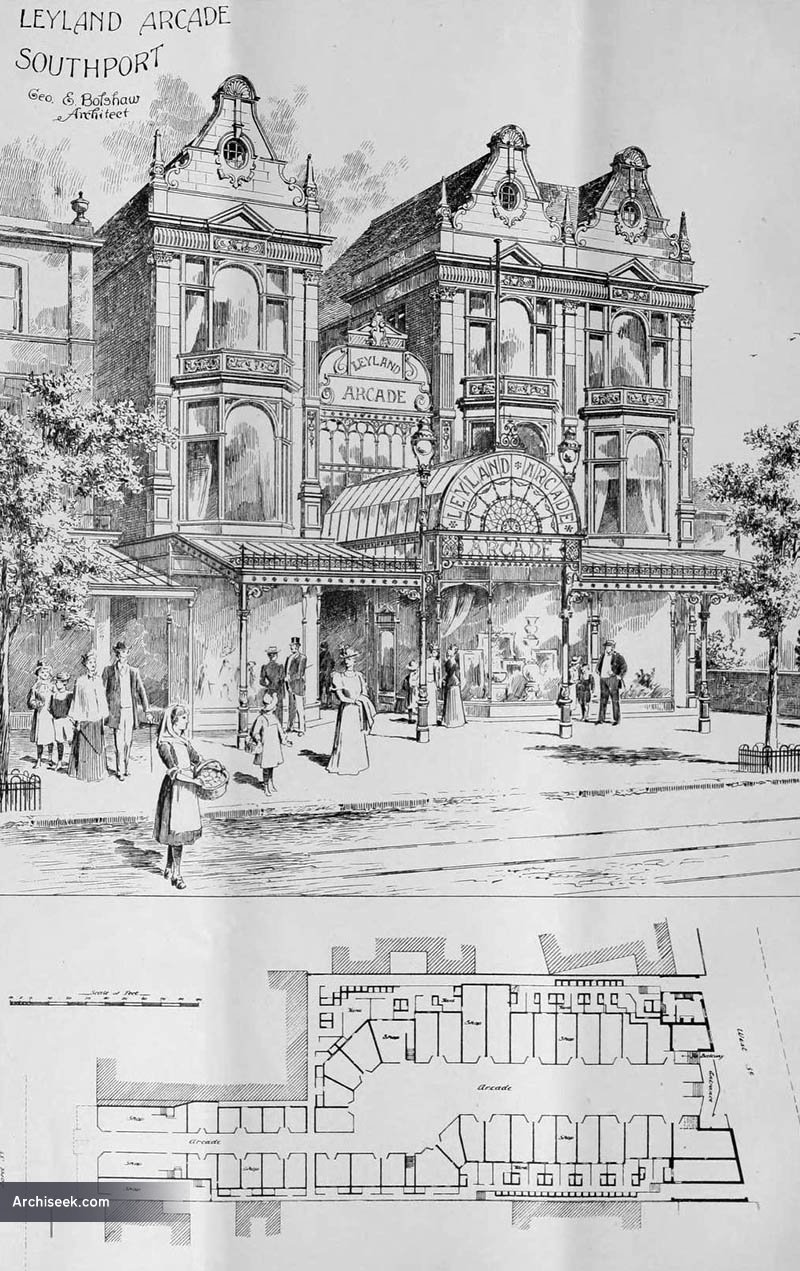 The Arcade first opened in October 1898 and was originally called the Leyland Arcade, after Southport MP, Sir Herbert Leyland. The arcade was the idea of John Humphrey Plummer, a Victorian entrepreneur, who at the time owned most of the shops on Lord Street. His plan was to create an indoor shopping area that could be enjoyed in all weather conditions. Due to the existing shops on Lord Street providing a good income, he did not want to lose the rent from any of them by decreasing their size so the entrance to the arcade is quite narrow. The building is a typically Victorian arcade, with a domed glass roof, supported by decorative iron work, with some stained glass windows and mahogany shop fronts. The upper shopping level features balconies. Grade II listed.

“The front section of the above, consisting of 13 lock-up shops, has recently been completed. The rear portion ia expected to be in readiness for occupation within a few months. The arcade will comprise 4-5 lock-up shops and caretaker’s house on the ground floor, together with numerous offices, ladies’ club, sale-room, and other conveniences on the first floor, and assembly-hall on the second floor. As may be seen by the plan, the frontage to Lord-street (the principal business street) is limited : hence an entrance of but lOjft. wide leads to an arcade 27£t. in width, marked by a central area covered by an octagonal dome 63ft. in diameter. The who e will be covered in to afford a sheltered promenade. Electric light ii to be employed throughout. The whole of the premises are to be heated throughout by a circulation of hot- water sj arranged that each tenant may regulate the temperature of his own premises. The whole is being carried out from the designs and under the supervision of >Ir. Ct. E. Bolshaw, architect, 5O, Lord-street, Southport, by the following contractors: — Front section, Messrs. Vaughan Brothers, Southport ; back section, Messrs. Wishart and Irving, Southport.” Published in The Building News, July 8 1898.