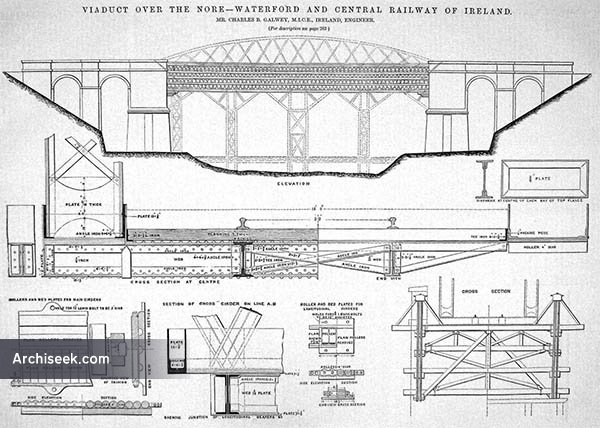 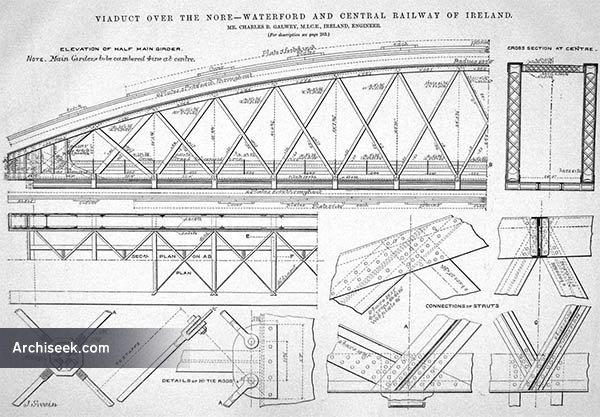 Published in The Engineer, April 19 1879. Designed for the Waterford & Central Ireland Railway Company. The bridge originally opened in 1850 with a wooden central span of timber latticed girders. After the timbers were decided to be unsatisfactory, it was redesigned with a metal central span. Galwey’s design used two iron bowstring girders of 212 feet span – 25 feet high at their highest point. The total length of the bridge is 428 feet with the railway track 78 feet above the river.

In 1900, as a result of Acts of Parliament, several important lines became part of the GS&WR system, including the Waterford and Central Ireland Railway and the Waterford, Limerick and Western Railway.