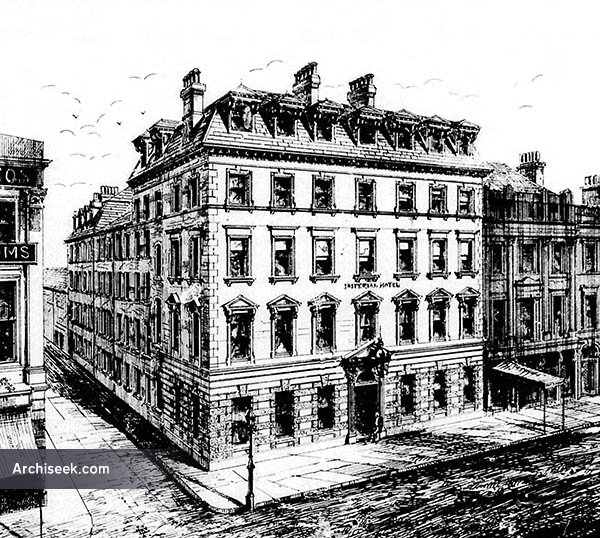 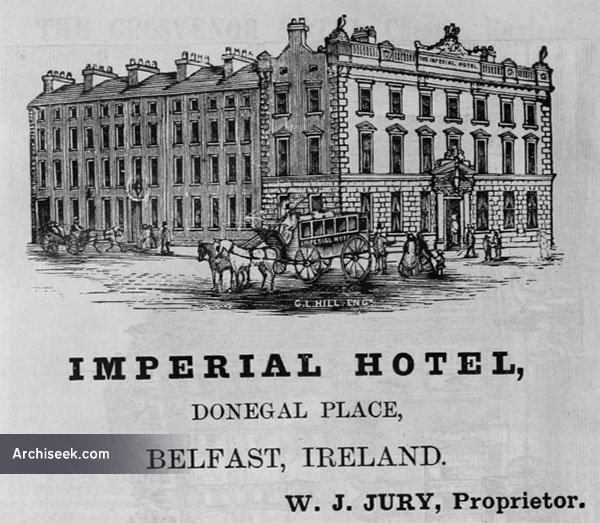 Constructed for William Jury, proprietor of Jury’s and Shelbourne hotels, Dublin, and Imperial Hotel, Cork. “Just completed by Mr W.B. McMaster, from plans by, and under the direction of, Messrs. Sherry & Hughes”. Cost over £2,000, exclusive of furnishing. Described in “Industries of the North” as “no establishment in the city of Belfast is so well known in all quarters of the globe as the Imperial Hotel.” Demolished in 1959. Published in The Irish Builder, August 15 1868.