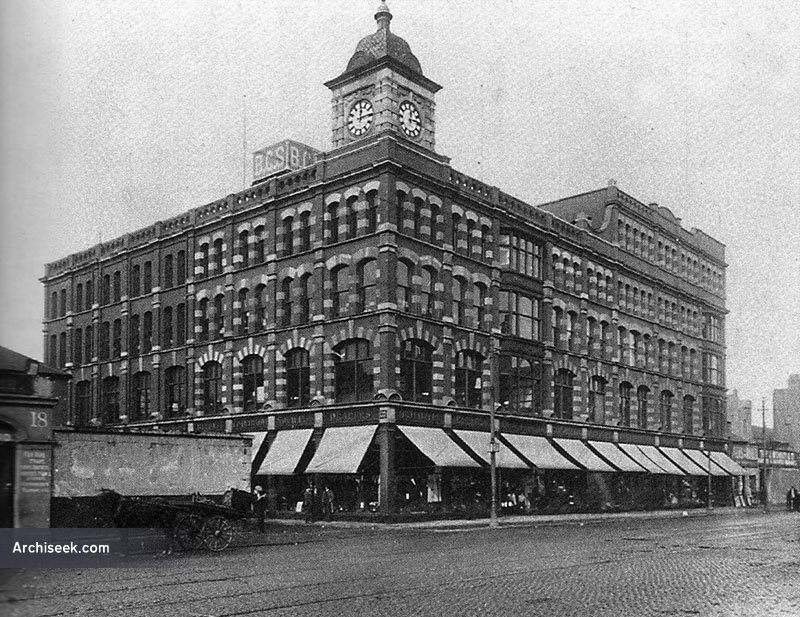 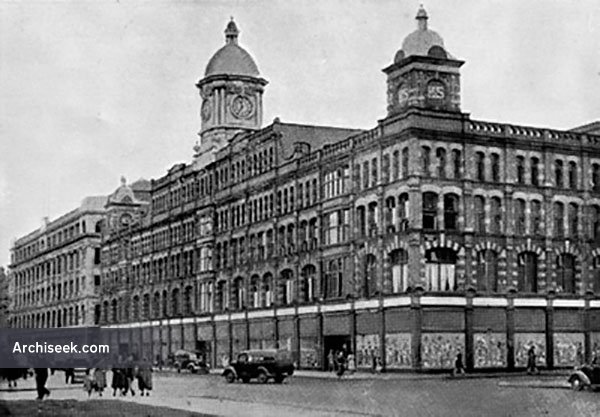 Constructed in three stages between 1911-22, and later part of a complex, that included the 1930s Orpheus Building, the frontage of which stretched for nearly 500 feet. The three phases made up a four and five storey seventeen-bay building. In the late 1960s it was clad in horrendous, chocolate-coloured plastic panels, hiding its Edwardian origins. On the 10th May 1972 a large bomb exploded at York Street and destroyed the original Co-operative headquarters building. The building was demolished and the foundations for a replacement were laid in November 1973. The replacement building had three bombs planted in it just before it was to open.

A photograph of the building after it was destroyed in the explosion.