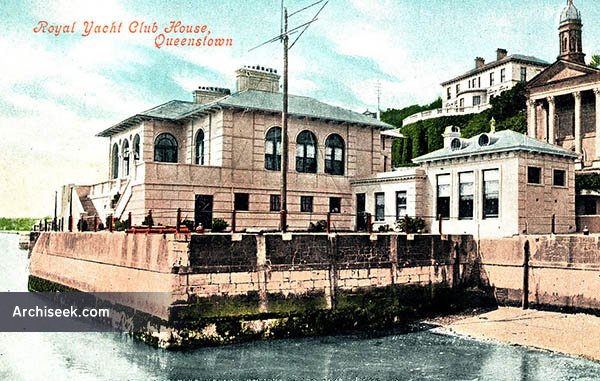 Designed by Anthony Salvin (1799-1881), a distinguished English architect and an expert in fortified architecture. He was involved in the restoration of many castles including the Tower of London and Windsor Castle. Salvin’s works include the clubhouse at Cowes. The Yacht Club in Cobh is the only example of his work in Ireland. The building was the home to the Royal Cork Yacht Club for over a century until they moved to Crosshaven for better moorings after a merger with the Royal Munster. The building is now the Sirius Arts Centre