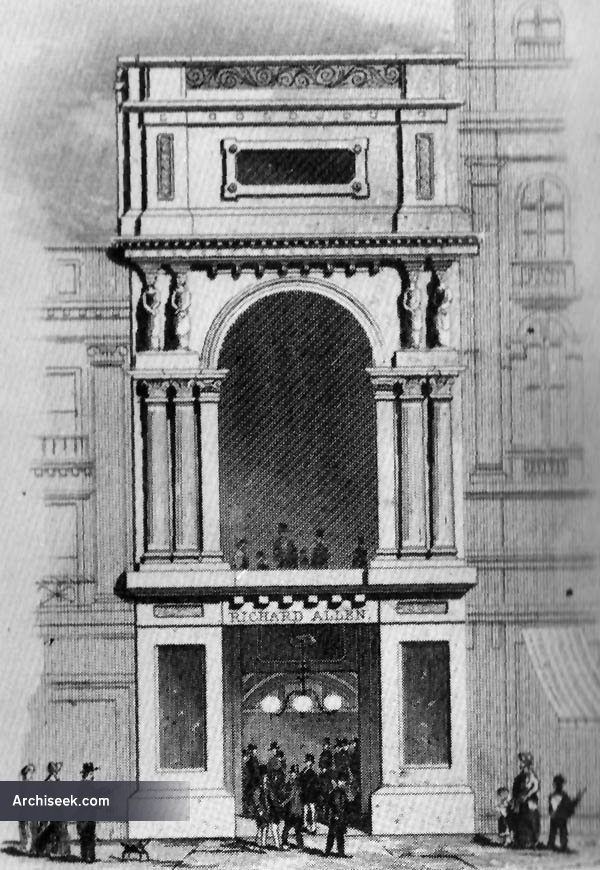 A long galleried shop, probably reminiscent of similar constructed in London at this time. The facade notable for its three-storied window. Destroyed in 1916 Easter Rising. 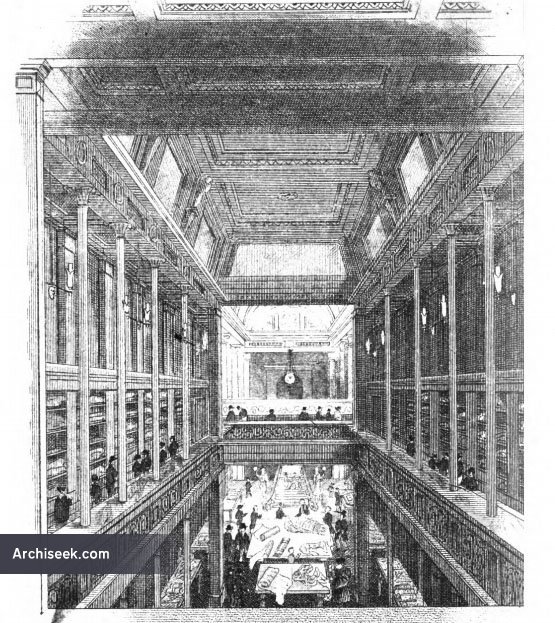 Allen was an orthodox Quaker and although his business was in textiles, his interests were in reform, temperance and the abolition of slavery. He married Ann Webb in 1828. In 1837, Allen was one of three founding members, with James Haughton and Richard Davis Webb, of the Hibernian Antislavery Association. Allen founded the Irish Temperance and Literary Gazette” and used this publication to forward his ideas and those of the Anti-Slavery Association.