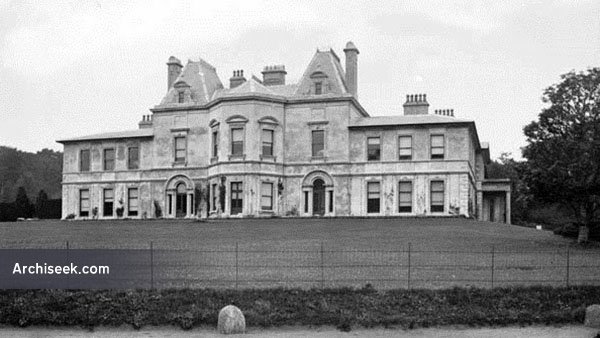 Much extended country house, around four sides of a courtyard, designed and added to by a number of architects. The original house was a two-story Georgian mansion with a bow and single-storey wings to designs of Thomas Wright. Later additions including a second floor to the single-storey blocks. The nine-bay entrance front with a columned portico was added by Lanyon, with later additions by James Rawson Carroll. At some stage in the 1850s, the original part of the house was heightened by French chateau style roofs and dormers. Demolished in 1952, much of the grounds is now a forest park. The demesne buildings and their folly embellishments remain intact.