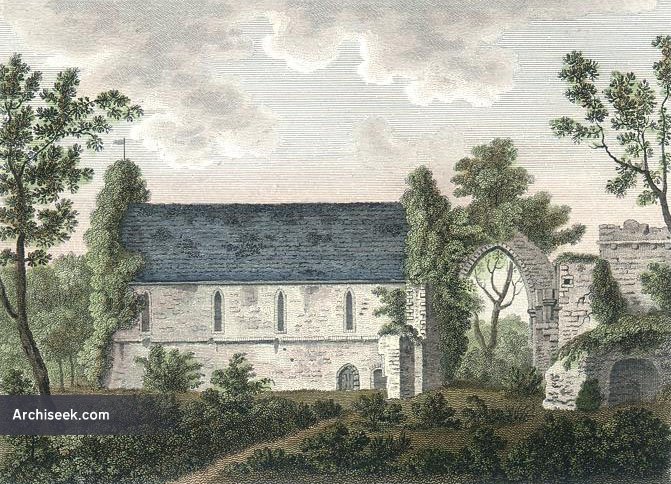 Grey Abbey was founded in 1193, by John de Courcy’s wife, Affreca as a daughter house of Holmcultram Abbey in Cumbria. Dissolved in 1541, in the early 17th century it was granted to Sir Hugh Montgomery and the nave was refurbished and used for parish worship until the late 18th century. The remains consist of a church with cloister and surrounding buildings to the south. Entry is through an elaborate west door, into an aisleless nave, transepts with two chapels in each and a short chancel with tall lancet windows. The buildings around the cloister include an aisled chapter house and a refectory with reader’s pulpit.