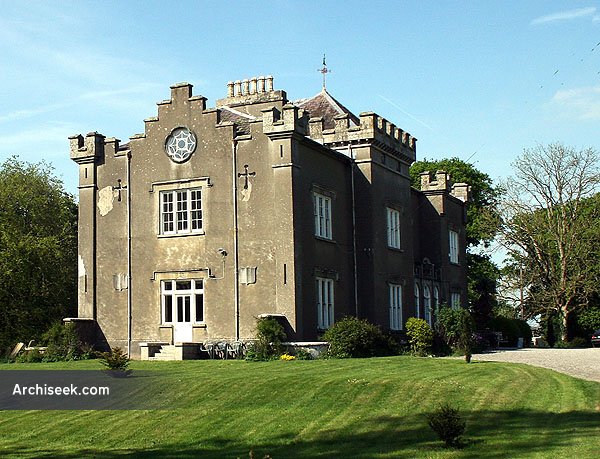 Shankill Castle started as a Butler tower-house near the ruins of an old church. Rebuilt in the early 18th century, it received its current character in the 19th century when it was enlarged and castellated. 1854 proposals by William Deane Butler exist for additions. Other additions were a gothic porch and a conservatory. The conservatory to designs by Joseph Paxton was removed in 1961. The stable-yard and the castellated entrance to the demesne are attributed to Daniel Robertson.