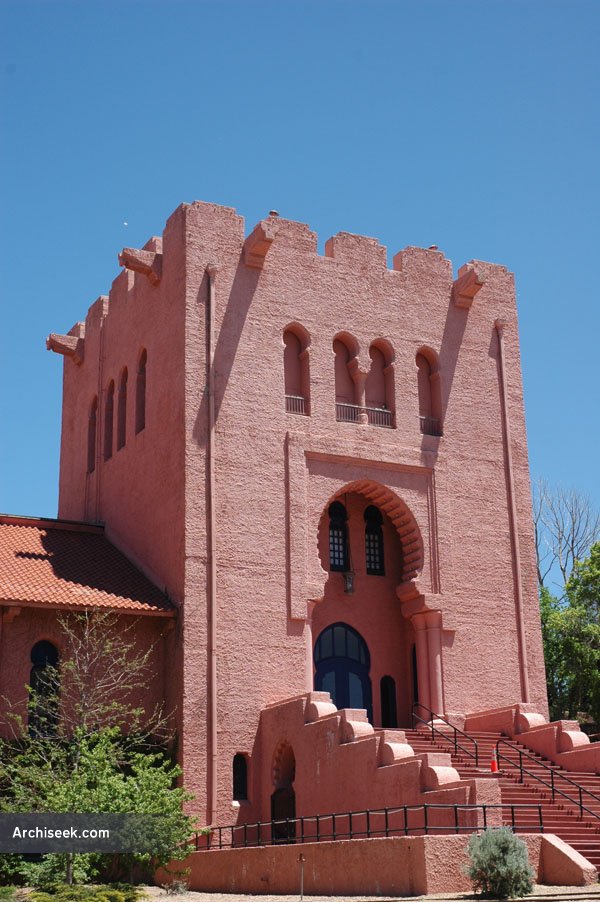 In 1909 The Daily New Mexican newspaper announced that architect Isaac H. Rapp had been awarded the commission to design a new Scottish Rite Cathedral. However a grand Neo-classical styled design for the Temple was considered to be “not satisfactory”, and the firm of Hunt and Burns were commissioned instead. They produced a Moorish Revival style structure based loosely on one of the gatehouses to the Court of the Lions at the Alhambra in Spain. The Cathedral was dedicated on November 17th 1912, when the State of New Mexico was only 10 months of age.