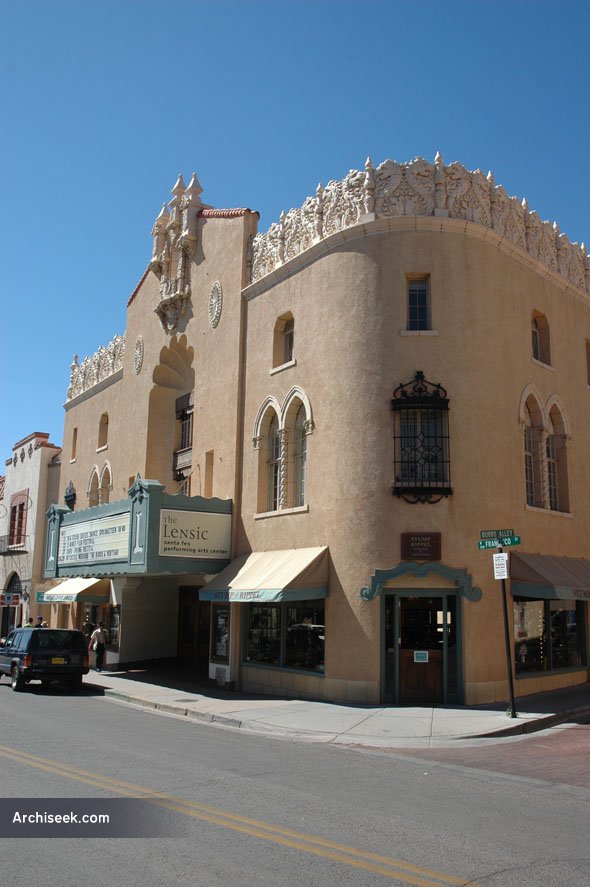 Designed by the Boller Brothers of Kansas City, the old Lensic Theater has been described as “the finest theater of its time in the Southwest”. They were asked to design a film and vaudeville palace that would capture the imagination of all who entered, with romantic foreign motifs and exotic architectural imagery.

It’s pseudo-Moorish, Spanish Renaissance style was originally enhanced with a huge striped tapestry hanging across the ceiling – giving the appearance of an Arabian tent. As the lights were dimmed, images of clouds projected on the ceiling rolled across the skyscape. It finally closed as a cinema in 1999. In 2002 it was reopened, fully restored to its original glory and redesigned to house the best of theater, music, dance, poetry and film.