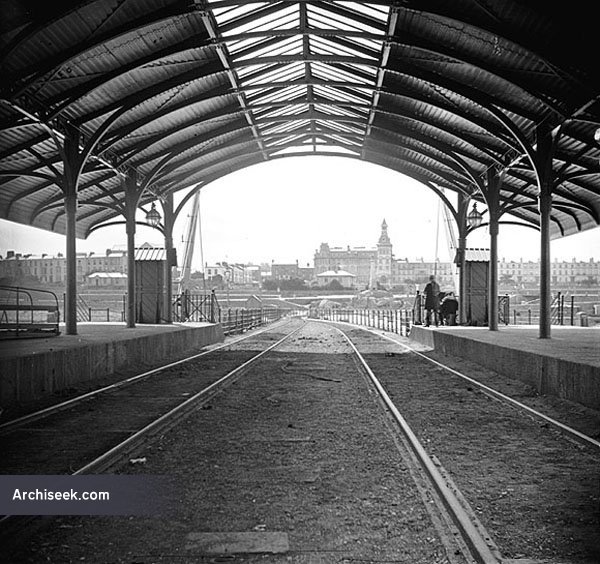 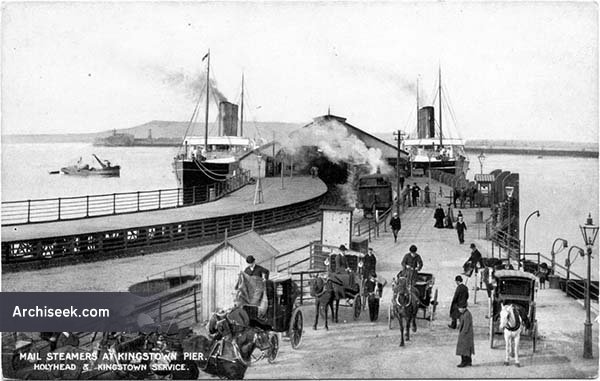 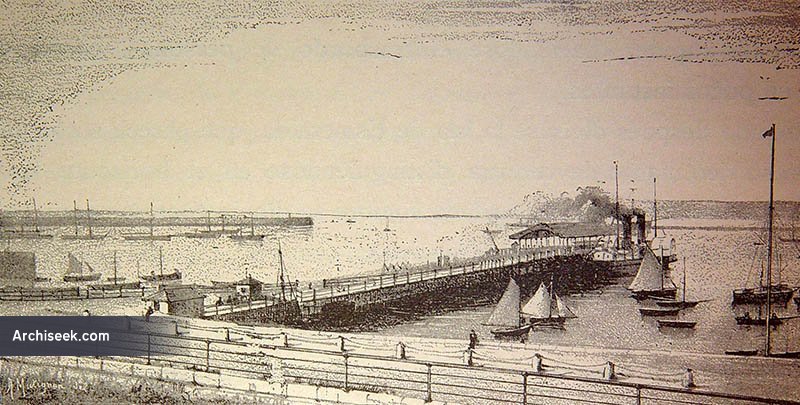 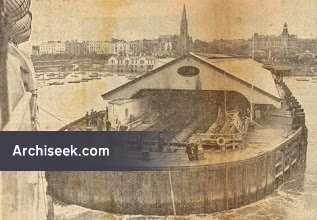 Recently demolished, this Victorian railwayshed lay largely hidden by a 1950s passenger terminal. Originally trains met the ferries coming in from the UK via a railway spur from the main line. When the track was removed after the electrification of the suburban rail network in 1985, the rail bed was filled in, and the old station largely forgotten about.

Sadly the original railway architecture did not survive demolition due to the undue haste of Dun Laoghaire Harbour in clearing the pier. Various schemes have been mooted for this pier over the last decade but none have come to fruition.