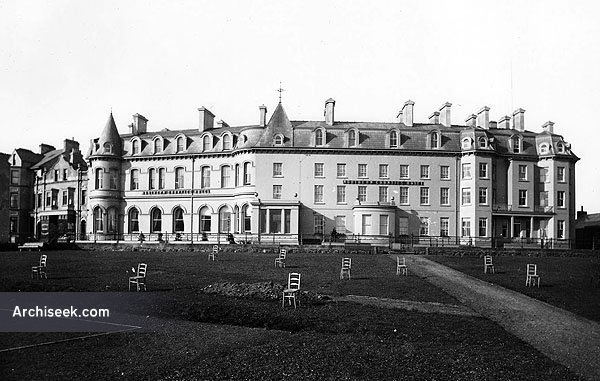 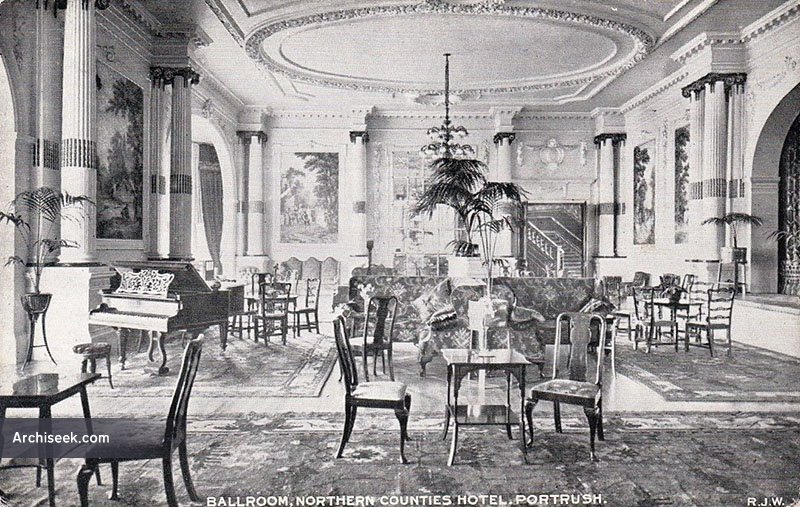 The Belfast and Northern Counties Railway purchased a share in the lease of the well-established Antrim Arms hotel in the 1870s. By 1883 it had formed a separate company to manage the renamed Northern Counties Hotel. Situated on an elevated site, the hotel overlooked the Atlantic Ocean at front and back. With more than one hundred rooms, it was intended to accommodate high-class tourists visiting the Giant’s Causeway.

The hotel was enlarged and improved in 1884 and 1892 by John Lanyon and further developed by Berkeley Deane Wise in 1905. Berkeley Deane Wise was the chief architect of the railway company and responsible for its stations and tourism initiates. The BNCR was amalgamated with the Midland Railway Company in 1903. The hotel was destroyed by arson in 1993.