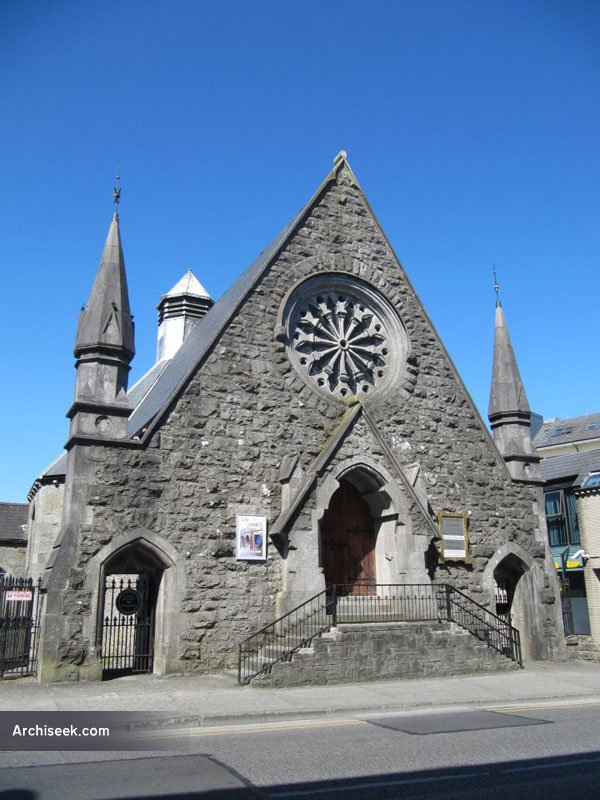 Unusual Methodist church with two side gateways incorporated into the main facade, surmounted by two solid pinnacles. Like many Methodist chapels of the period in the UK, it has an octagonal sanctuary to the west. A planned residence adjoining was never constructed. A tall spire-like lantern was originally placed over the west end, but that became unsafe and was removed in the 1950s.