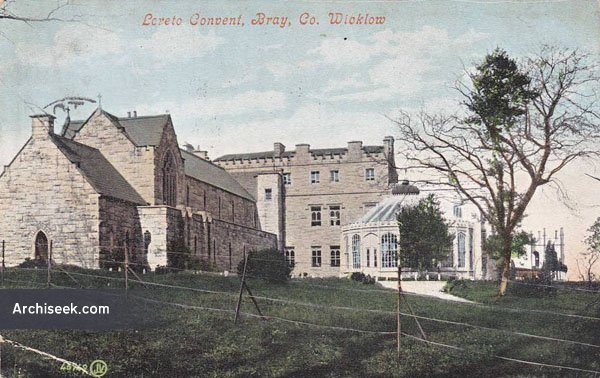 A Georgian house that was “gothicised” and later added to by John Sterling Butler. The gothic dress was added c.1834 and a large twenty-two sided conservatory was also added. The house was sold to the order around 1850. Butler was responsible for the chapel and the institutional buildings. Later additions and alterations by T.J. Cullen, in the late 1920s, early 1930s.