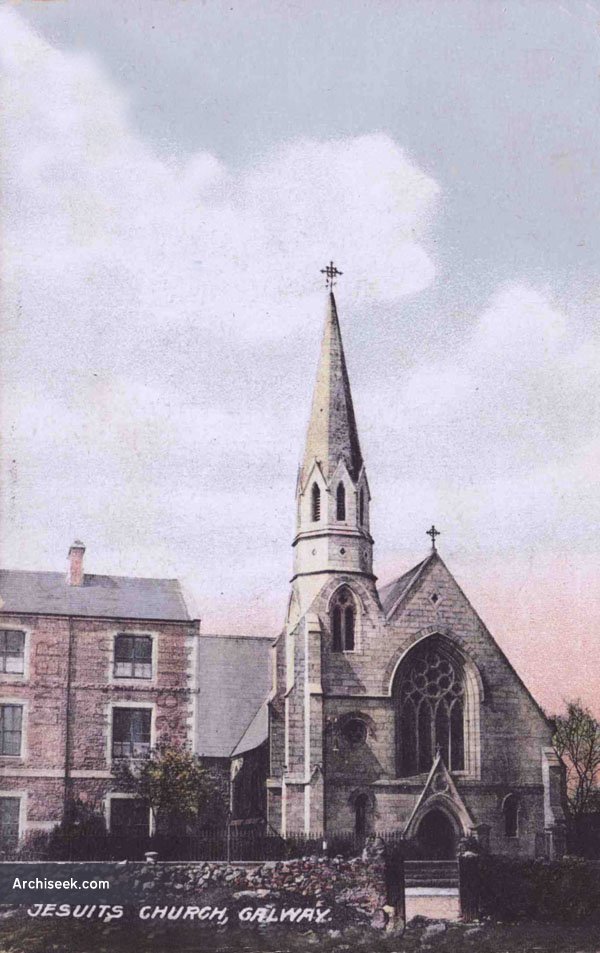 Cruciform gothic church adjacent to the Jesuit College. Designed by Samuel Ussher Roberts, originally the intention was to have the church and school built to designs of J.J. McCarthy. The church comprises a four-bay nave with single-bay chancel to north-west and single-bay transepts with gable-fronted porches. In the 1950s, Michael Scott added an oratory to the church, by converting a porch, with mosaics designed by Louis Le Brocquy of Mother and Child.