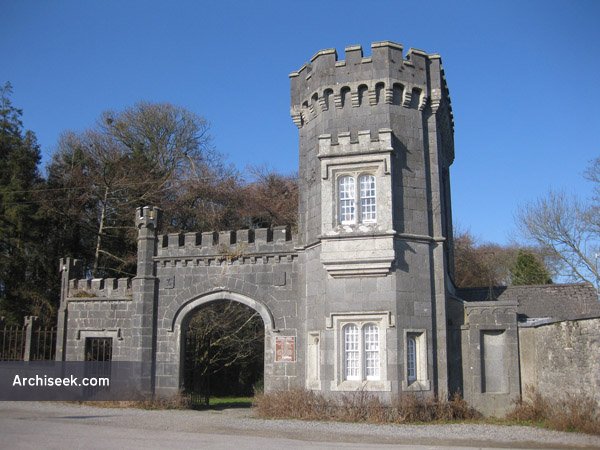 Imposing polygonal gatehouse attached to earlier gateway, attributed to William Robertson. The gatehouse contains several rooms on both levels. Legend has it that the lodge designs were originally intended for Dunleckney Manor in nearby Co. Carlow.