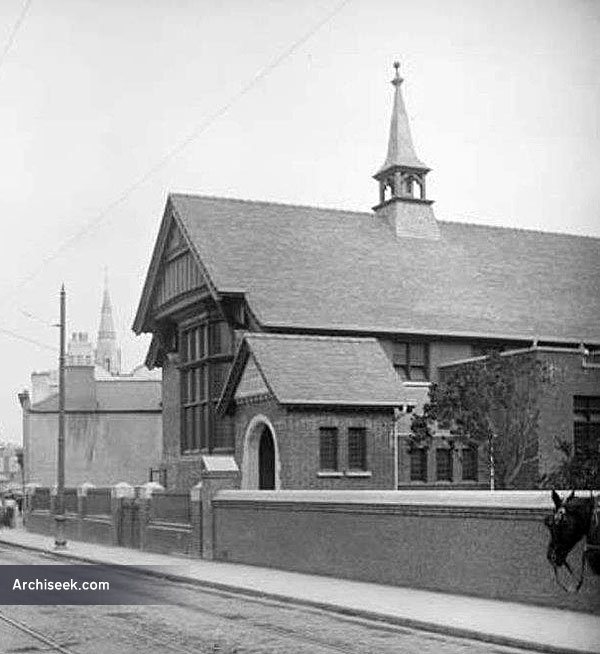 Erected by Mrs Alice Knox in memory of her husband, Capt. Edward Chaloner Knox, at a cost of nearly £4,000. Originally Mrs. Knox intended “to build a home for soldiers, but when Colonel Knox’s will came to be read it was found that he had already spent a considerable sun of money in erecting a soldiers’ home in Canterbury and endowing it”. The Irish Times, June 1 1904.

An attractive little building, the main facade of Ruabon brick to the street has a half-timbered gable over a large leaded glass window with an adjacent open porch.