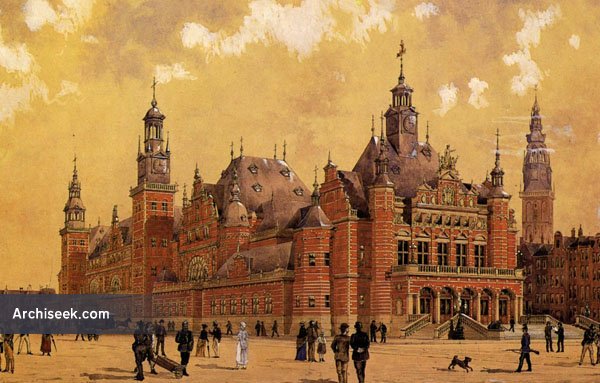 Several years later, a commodity exchange was commissioned from architect Hendrik Petrus Berlage and constructed between 1896 and 1903. It influenced many modernist architects, in particular functionalists and the Amsterdam School. It is now used as a venue for concerts, exhibitions and conferences. Now known as the Beurs van Berlage.