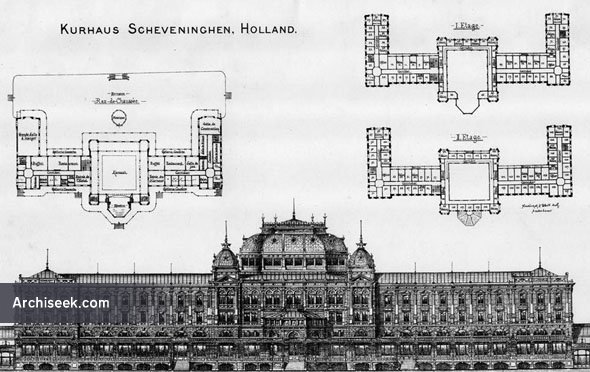 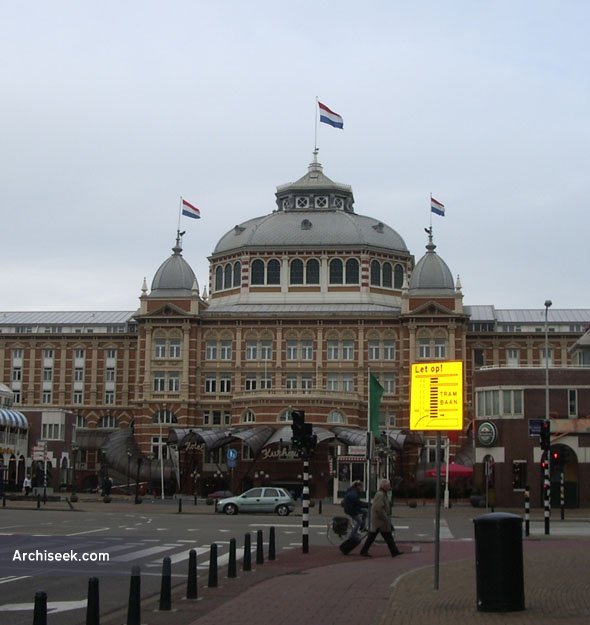 It was built between 1884 and 1885 by the German architects Johann Friedrich Henkenhaf and Friedrich Ebert. It consisted originally of a concert hall and a hotel with 120 rooms. Having suffered serious damage by fire, it was rebuilt between 1886 and 1887. The ceilings were painted by the Brussels artist Van Hoeck and his large workshop. Several kings and heads of state sojourned in the Kurhaus during its heyday. Until the 1960s the Kurhaus remained an attraction to the public by the many performances of top artists. Fallen into disrepair and closed in 1969, the Kurhaus was saved from demolition in 1975 by being listed as a historical building. It is now completely renovated into a hotel and casino.